The Last Quarter Moon is Sunday April 12, the Moon is at perigee, when it is closest to the Earth, on the 17th. 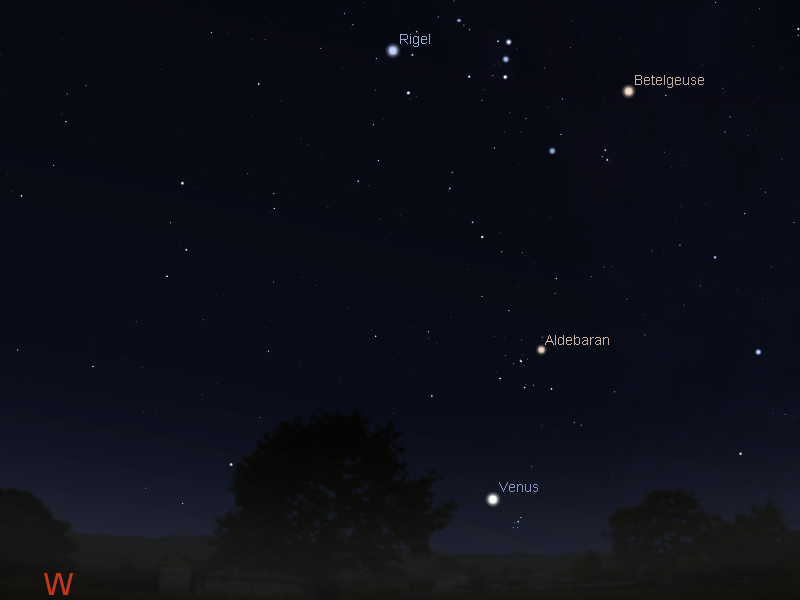 Evening sky on Saturday April 11 looking west as seen from Adelaide at 19:00 (7:00 pm) ACST in South Australia.  Venus is obvious in the early evening sky and is close to the Pleiades. Similar views will be seen elsewhere at the equivalent local time (click to embiggen).

During the week Venus heads towards the beautiful Pleiades cluster, it will be at its closest on the 11th. 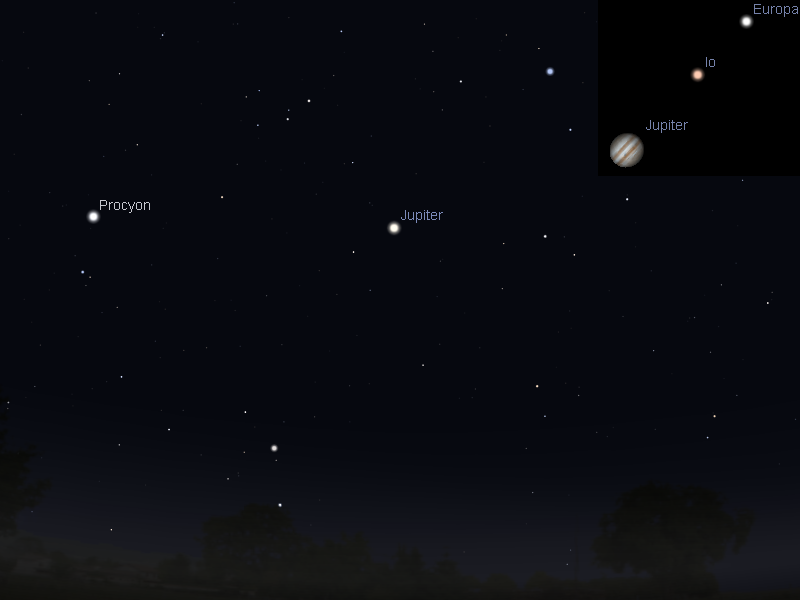 Evening sky on Saturday April 11 looking north-west as seen from Adelaide at 22:00 ACST showing Jupiter.  The inset shows Jupiter's Moons at this time. Jupiter is the brightest object above the north-western horizon once Venus has set. (click to embiggen).

Jupiter was  at opposition, when it is biggest and brightest in our sky, on 7 February, but it will be an excellent object for many weeks to come.  Jupiter is visible for most of the night and is high enough for decent telescopic observation once twilight is over . Jupiter's Moons will be putting on a good display in both binoculars and small telescopes. 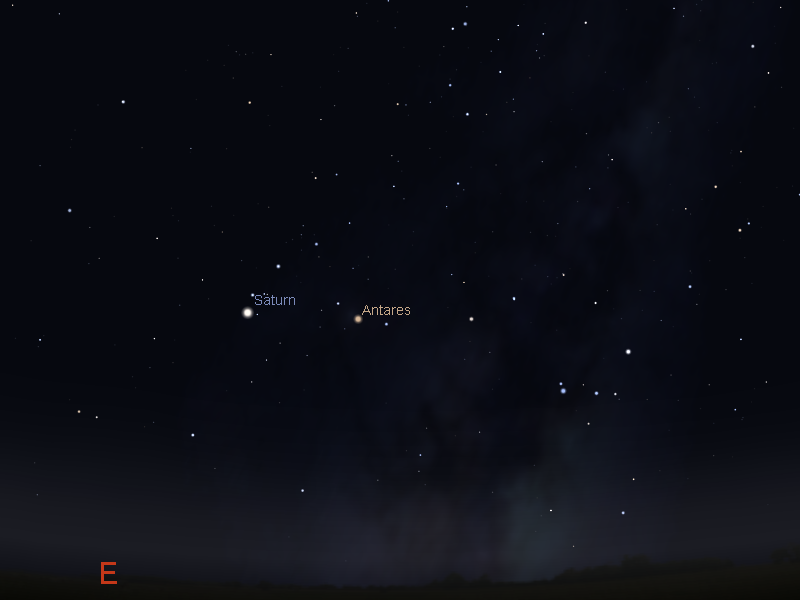 Evening sky on Saturday April 4 looking east as seen from Adelaide at 22:00 ACST.  Saturn is now easily visible above the horizon. (click to embiggen).

While Saturn is  readily visible from around 22:00, it is best for telescope observation from midnight into the morning hours.

Comments:
Loved the lunar eclipse over Easter weekend- just beautiful. The moon was a lovely reddish colour during totality. It wasn't quite as deep a colour as previous eclipses due to the short duration. Still a breathtaking sight.