This is Global Astronomy Month. The Full Moon is Saturday April 4, there is a total lunar eclipse at this time. Venus is prominent in the twilight evening sky. Mars is lost in the twilight. Jupiter is the brightest object in the evening sky once Venus has set. Saturn is in the head of the Scorpion and now visible in the evening. Mercury is lost to view. Daylight savings ends on Sunday morning. 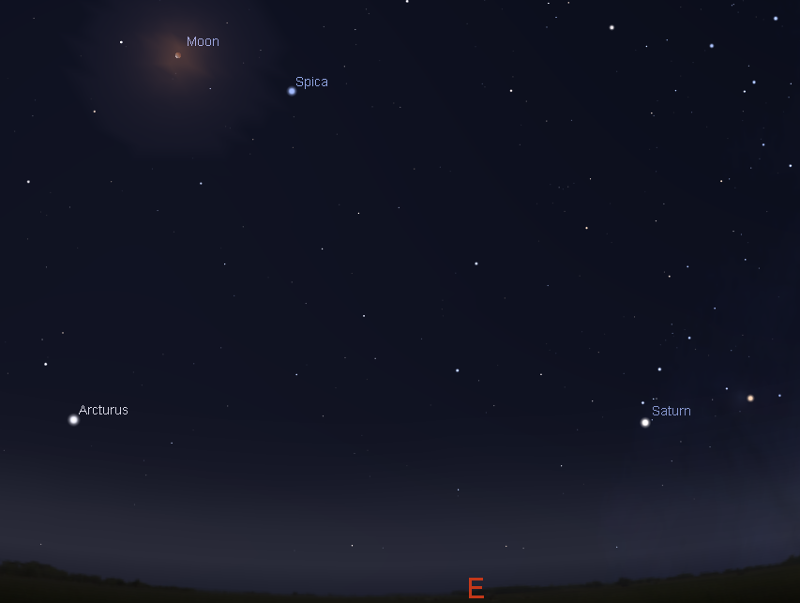 North-Eastern horizon as seen from Adelaide on  4 April at 10:24 pm ACDST. The total eclipse has just begun . Click to embiggen

The Full Moon is Saturday April 4, there is a total lunar eclipse at this time. The partial phase of the eclipse begins at 9:15 pm AEDST (8:45 pm ACDST and 6:15 pm AWST) with totality around one and a half  to one and three quarter hours later. This is the last total eclipse seen from Australia until 2018.  Full details for observing the eclipse are here, and hints on photographing the eclipse here. 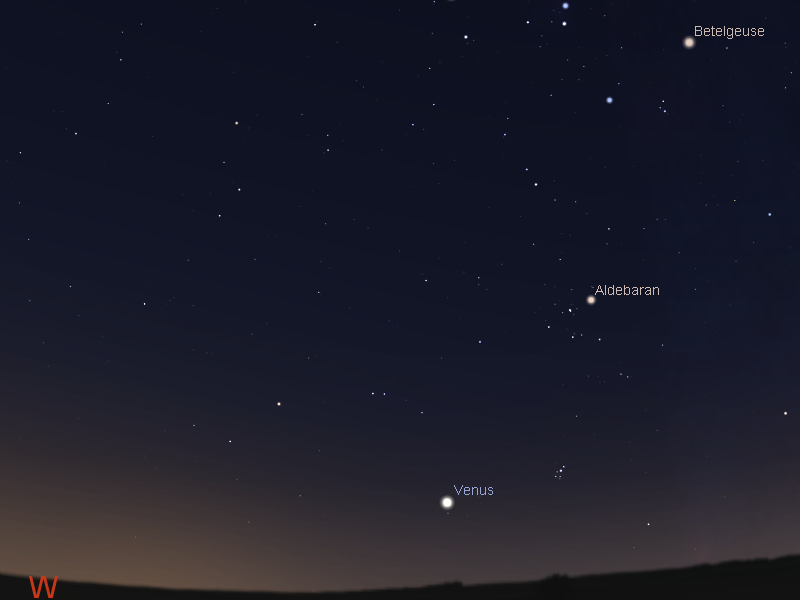 Evening sky on Saturday April 4 looking west as seen from Adelaide at 20:00 (8:00 pm) ACDST in South Australia.  Venus is obvious in the twilight and is heading towards the Pleiades. Similar views will be seen elsewhere at the equivalent local time (click to embiggen).

Venus is easy to see low above the western horizon in the twilight. At civil twilight, half an hour after sunset, it is around one and a half hand-spans above the horizon. During the week Venus heads towards the beautiful Pleiades cluster, it will be at its closest next week.. 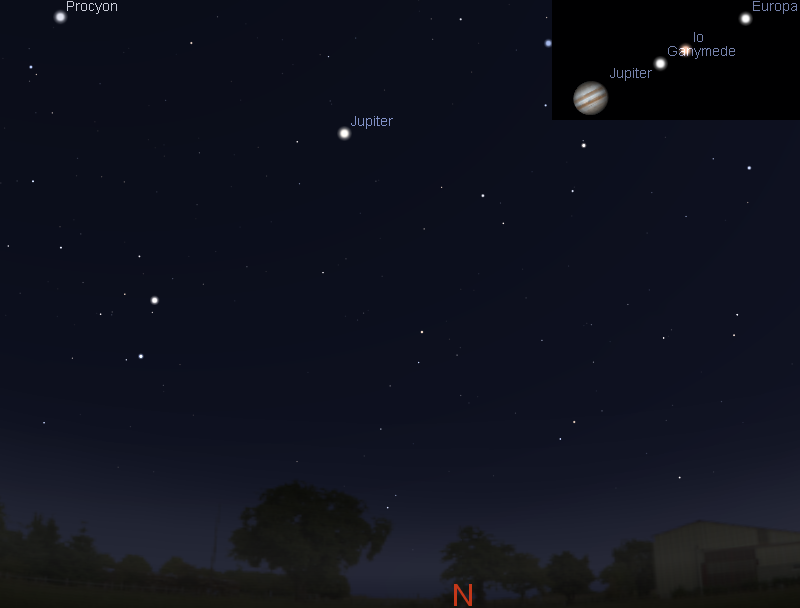 Evening sky on Saturday April 4 looking north as seen from Adelaide at 22:00 ACDST showing Jupiter.  The inset shows Jupiter's Moons at this time. Jupiter is the brightest object above the northern horizon. (click to embiggen). 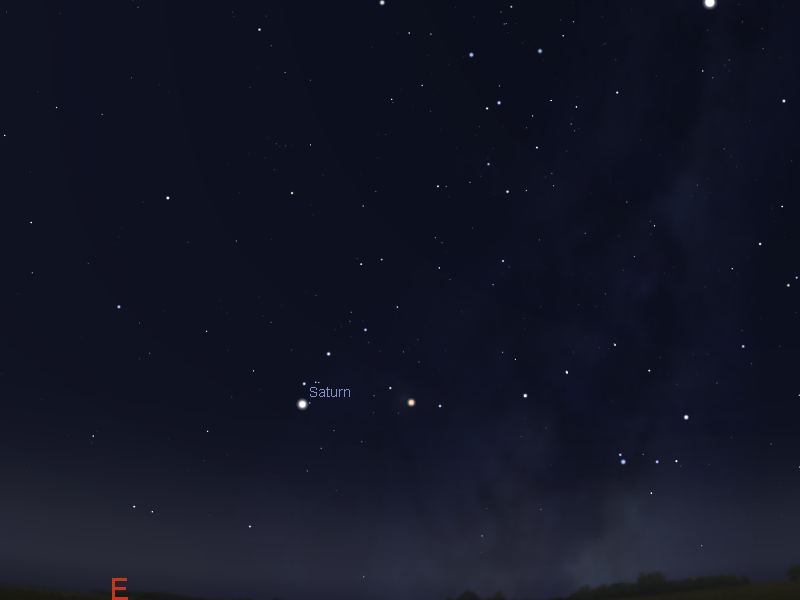 Evening sky on Saturday April 4 looking east as seen from Adelaide at 23:00 ACDST .  Saturn is now visible above the horizon. (click to embiggen).