The Sky This Week - Thursday March 26 to Thursday April 2

The New Moon is Friday March 20. The Moon is at apogee, when it is furthest from the Earth, on April 1st. 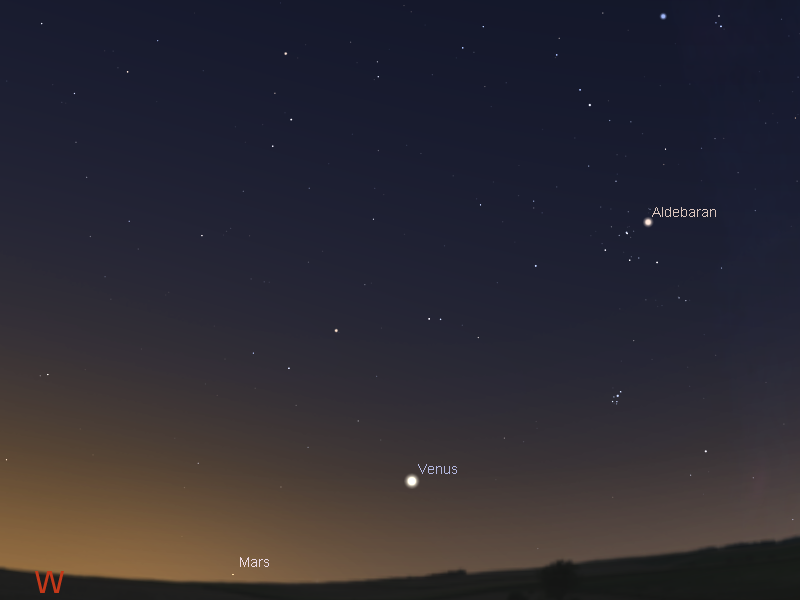 Evening sky on Saturday March 28 looking west as seen from Adelaide at 20:00 (8:00 pm) ACDST in South Australia.  Mars is low in the twilight, with Venus above it heading towards the Pleiades. Similar views will be seen elsewhere at the equivalent local time (click to embiggen). 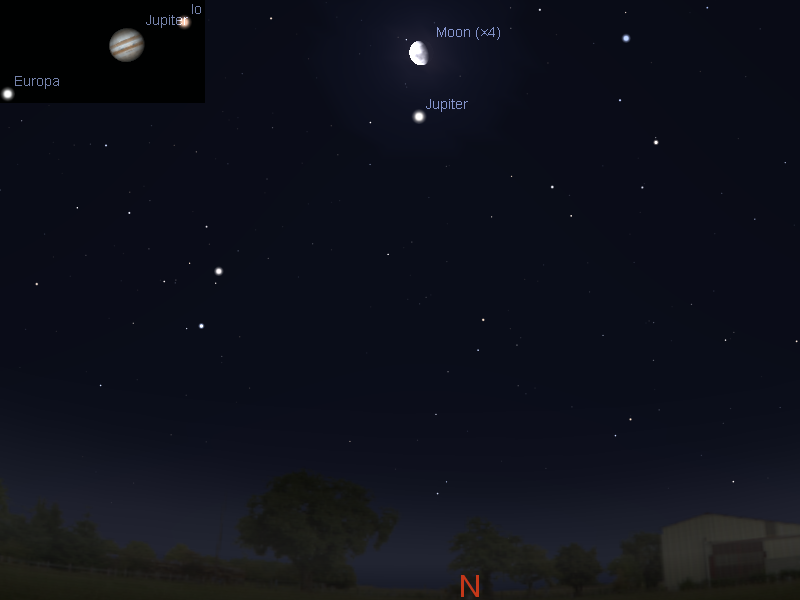 Evening sky on Monday March 30 looking north as seen from Adelaide at 22:00 ACDST showing Jupiter.  The inset shows Jupiter's Moons at this time. Jupiter is the brightest object above the northern horizon. (click to embiggen).

On the 30th, The Moon is close to Jupiter. On April 1st from around 10:00 pm, Io's shadow traverses Jupiter's disk. 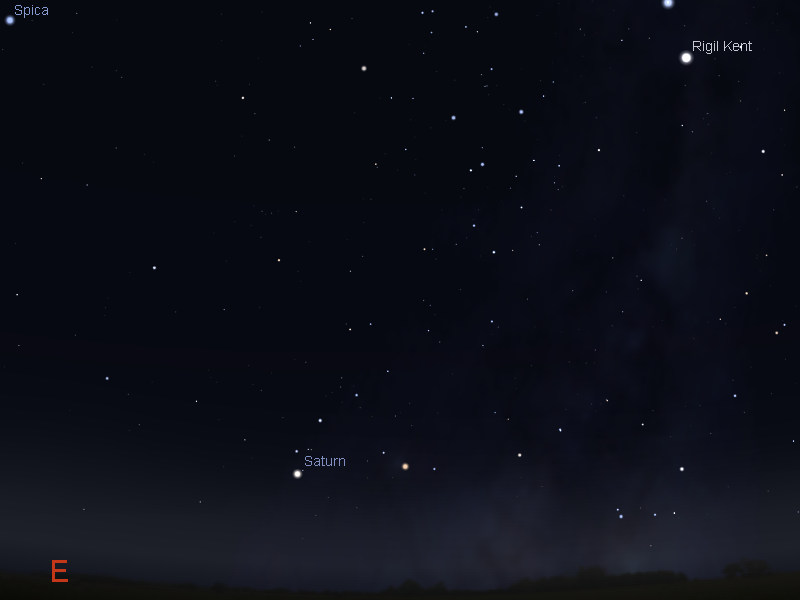 Evening sky on Saturday March 28 looking east as seen from Adelaide at 23:00 ACDST .  Saturn is now visible above the horizon. (click to embiggen).