The New Moon is Sunday April 19. 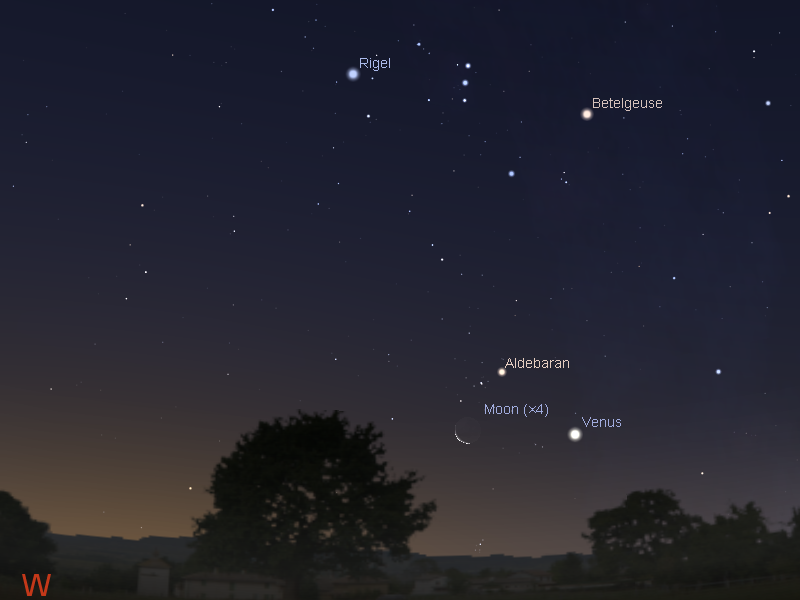 Evening sky on Tuesday April 21 looking west as seen from Adelaide at 18:30 (6:30 pm) ACST in South Australia.  Venus is obvious in the early evening sky and forms a triangle with the crescent Moon and the bright star Aldebaran. Similar views will be seen elsewhere at the equivalent local time (click to embiggen).

During the week Venus heads towards the Hyades cluster and Aldebaran. Venus and Aldebaran are closest on the 19th. On the 21st and the 22nd the pair are joined by the crescent Moon, making an attractive triangle on these nights. The 21st is not quite the "Night of the Smiley Fritz" but will still look rather anthropomorphic. 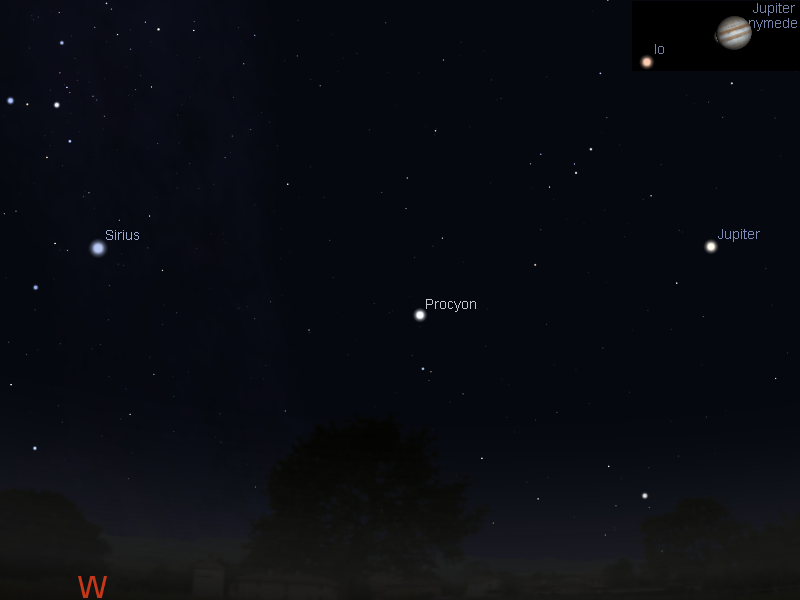 Evening sky on Saturday April 18 looking north-west as seen from Adelaide at 22:00 ACST showing Jupiter.  The inset shows Jupiter's Moons at this time. Ganymede is about to come out from behind Jupiter at this time. Jupiter is the brightest object above the north-western horizon once Venus has set. (click to embiggen).

Jupiter was  at opposition, when it is biggest and brightest in our sky, on 7 February, but it will be an excellent object for many weeks to come.  Jupiter is visible for most of the night, setting around 1 am, and is high enough for telescopic observation once twilight is over. Jupiter's Moons will be putting on a good display in both binoculars and small telescopes. 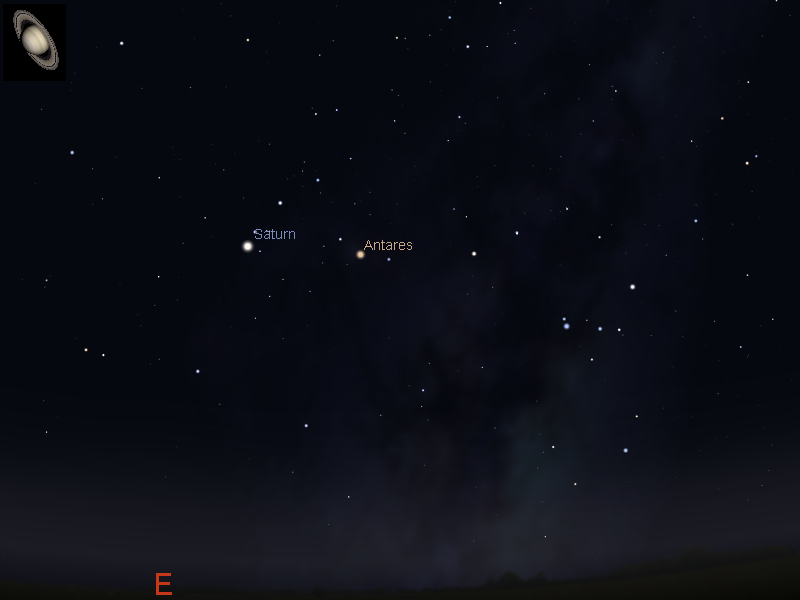 Evening sky on Saturday April 18 looking east as seen from Adelaide at 22:00 ACST.  Saturn is now easily visible above the horizon. The inset shows the telescopic view of Saturn at this time. (click to embiggen).

While Saturn is  readily visible from around 22:00, it is best for telescope observation from around 23:00 into the morning hours.

Mercury re-enters the western evening sky, but is lost in the twilight.