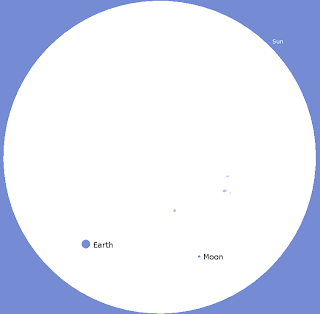 The cool thing about transits of Earth from Mars is you also get to see the Moon as well. The image to the left is the Stellarium simulation of the transit of Earth on 2084.

The next transit of Venus to be seen from Mars is in 2030.

Comments:
Thank you! Maybe we'll be there to watch it or at least some more rovers will visit.