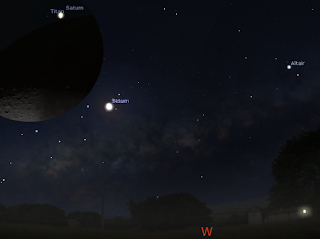 On the evening of 8 September to te morning of 9 September Saturn is occulted by the waxing Moon as seen from north of a line from Perth to Rockhampton.


The September edition of Southern Skywatch is now up.