Want to see comet ISON at its Brightest? Practise Now!


Comet C/2012 S1 ISON has been dubbed "the comet of the Century", should it survive its close approach and not disintegrate ISON promises to be a bright comet and will hopefully develop a spectacular tail.

Working out just how bright comet ISON will get is difficult. New comets dropping in from the depths of the Oort cloud can behave somewhat differently to the more familiar short period comets. New comets often rapidly brighten, then slow down or pause their brightness increase as they get closer to the Sun. This makes predicting the comets brightness near closest approach to the Sun (perihelion) more difficult.

They often give the impression you will be able to see the comet at it's brightest after sunset (no, you can't) or well before or after perihelion. The comet will only be at its brightest for a few hours, and bright enough to (possibly) see in daylight for around two days. 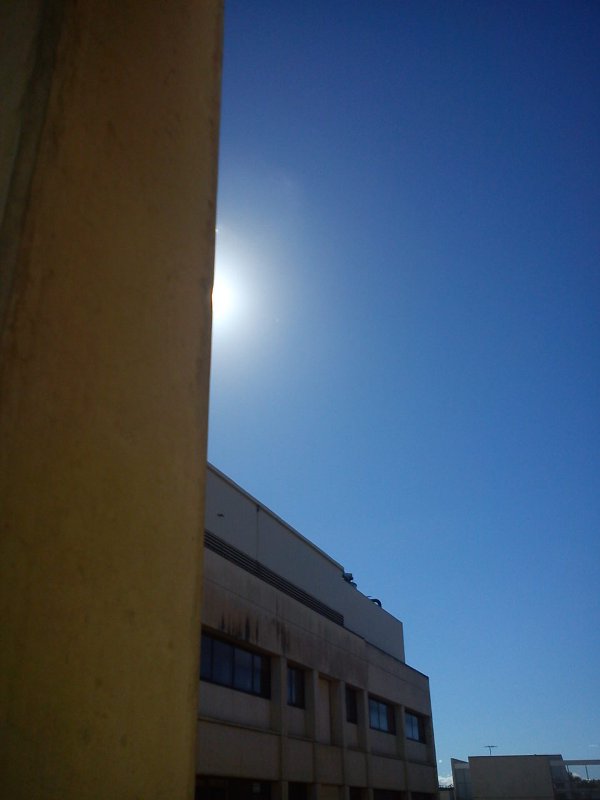 Can you see Venus? It's in this picture. Even at magnitude -3.9 and 3 degrees (around 3 finger-widths) from the sun, Venus is very difficult to see.

In fact, even at it's brightest the comet will be very difficult to see.

While at its peak it will be brighter than Venus, it will also be very close to the Sun. At closest approach the comet will be around a degree from the Sun. That's about a finger-width from the Sun, buried in the glare around the Sun. If the comet is -8 or brighter, and you have clear, cloud free and dust free conditions, you may be able to see it if you follow special precautions (see below).

Now, before attempting to view ISON in the daylight, remember that looking directly at the Sun can damage your eyes. You need to be particularly careful because the comet is so close to the Sun. Make sure the Sun is hidden behind something solid like a building or a wall when you are looking for Venus, not trees or your hand. Exposing your eyes directly to the glare of the Sun can be very dangerous and you could potentially lose your sight. Indeed, it may be best not to try at all unless you have some practise with observing Venus beforehand. If you are at all unsure, don't do it, your eyesight is far too important.

When the comet is near its peak, it's best to look when the Sun is low and the sky is less bright (early morning or late afternoon, early morning is best for Australians). Also dust, humidity and thin cloud all conspire to make the region around the sun brighter and the comet much harder to see. You will need a clear sky with good transparency to see the comet. Chose your viewing location so that the Sun will be hidden well behind some solid object at all of your projected viewing times. 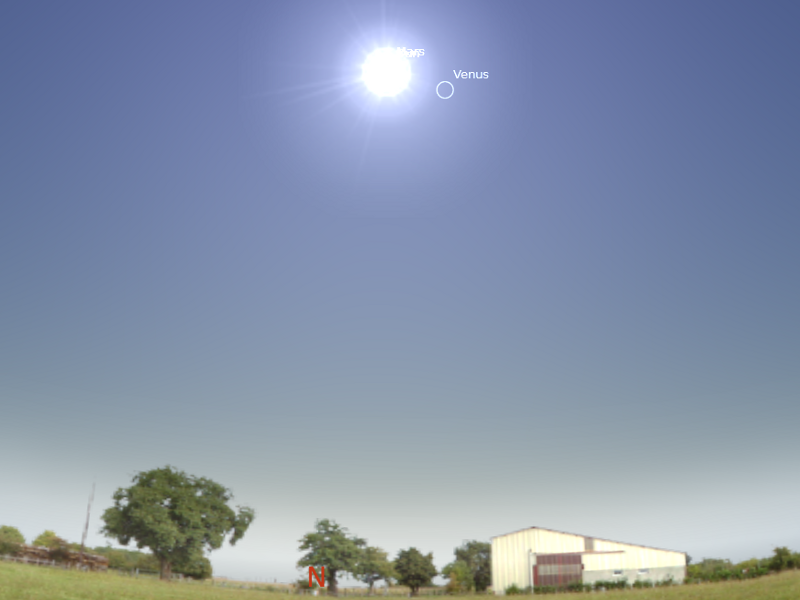 Venus's location at midday, 18 April ACST as seen from Adelaide looking north. Venus can be a good training target to practise for comet ISON.

If you have been following the comet before its closest approach, you will have a good idea of where the comet is in relation to the Sun. Otherwise you need a chart of the comets location to help you look in the right location.

It may be difficult to see the comet directly, you may need to use averted vision, where you flick your eyes away form the location of the comet (your eyes are more sensitive away from the centre of vision). You may also need to have a couple of object lie poles or antenna near where you expect the comet to be to give you a visual reference.

The title of this post is "practise now". Obviously, given the short time the comet will be (potentially) bright enough to see in daylight it would be good tor try an practise seeing objects in daylight beforehand. The obvious object is Venus, currently (as I said before) -3.9 magnitude and 3 degrees to the west of the Sun (see diagram above). If you can see Venus in the daylight under current conditions, you will be able to pick up the comet.

All the comments about seeing the comet applies to Venus (blocking with solid object, protecting your eyes, using averted vision). So find a solid wall, block out the Sun and see if you can see Venus.You may need several attempts under the best sky conditions to pick it up. At the very least you will gain an appreciation of the difficulty of seeing comet ISON at its brightest.

After November the 29th the comet is not visible from Australia. If we are lucky the comet will not disintegrate during or shortly after its passage of the Sun (like comet Lovejoy did), and the northern hemisphere will see a comet with a spectacular tail.

Here's an animation of the comet's approach as seen from Australia, with some commentary. The brightness increase may make more sense in the animation than in the static images.

Comments:
Hi, Im in the Lewiston area of Adelaide, what time and direction is best for me to see the comet?
Thankyou
Rebecca

It's too late now, the comet is too dim and too low to be seen from Adelaide without a serious telescope.