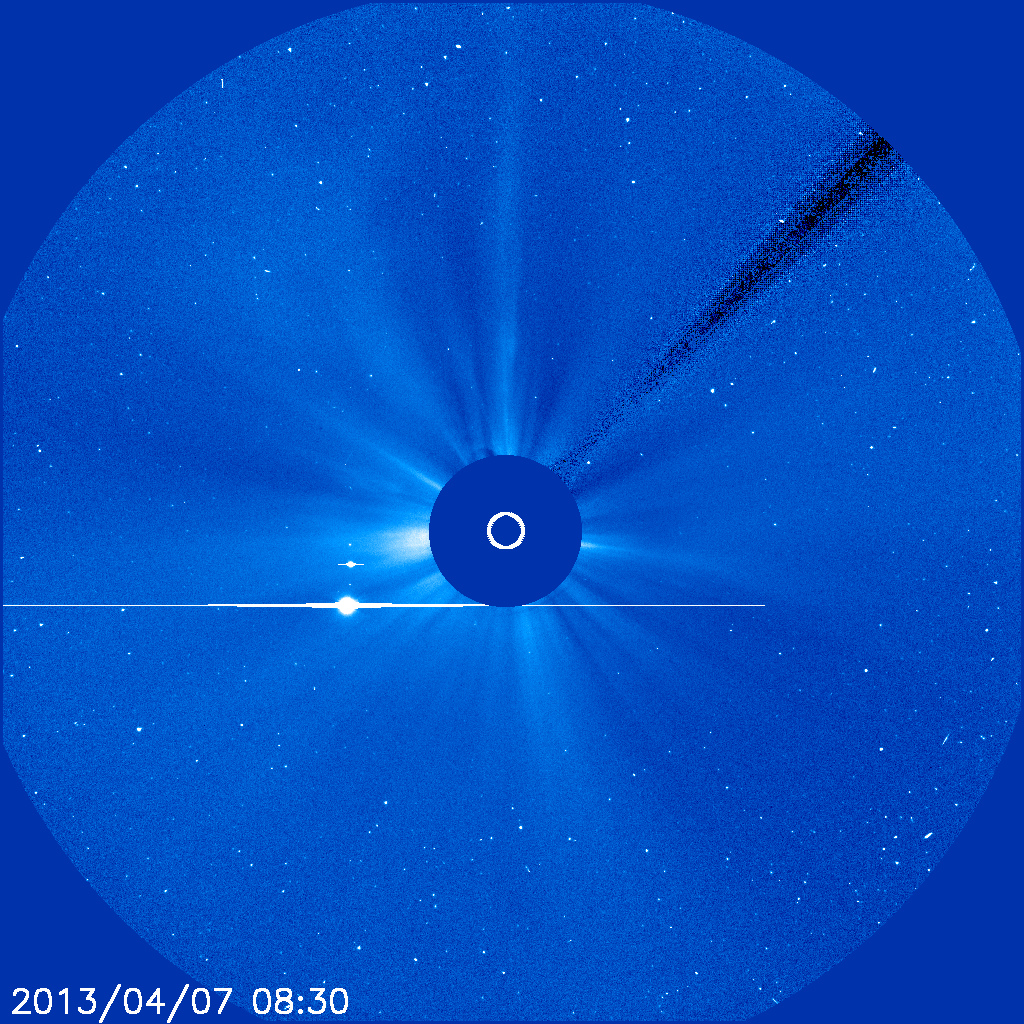 Hidden by the glare of the Sun, Venus and Mars had a close encounter on April 7. Venus and Mars were 38 arc seconds apart at closest approach on 7 April at 5:51 hrs UT.

The large dot is Venus, the smaller bright dot just above is Mars. The horizontal lines are image artefacts.

In the animation below there are some nice, small coronal Mass ejections as well as the encounter itself. 21 frames from the 3rd to the 10th (average 2.5 frames per day) were assembled in ImageJ and animated.