While we were eating schnitzel 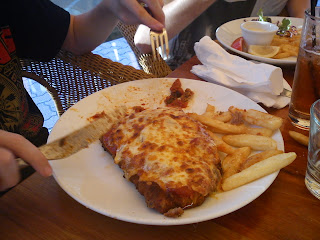 ...Rob McNaught was measuring the orbit of 2012 bx34 using T17, the refined obit from Rob and others helped Goldstone to take radar images of it.

Strangely enough, video conferencing on an Android phone doesn't work too well when you are eating dinner.

Carnival of Space #233 is now Here
Venus, The Moon and Fireworks, Australia Day 2012
Comet 2003 T12 recovered in STEREO images
Aurora Sky Cam - Go Watch it NOW!
So About the Silence
The Sky This Week - Thursday January 26 to Thursda...
An Ordinary Day for the Astroblogger
A Re-analysis of My Comet 103P Images (and the ori...
Carnival of Space #232 is here.
Just a Reminder about the Globe at Night Light Pol...