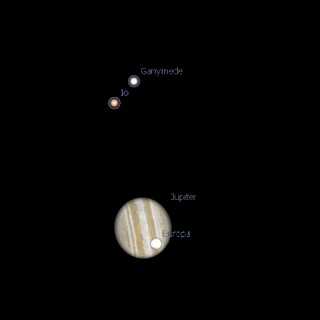 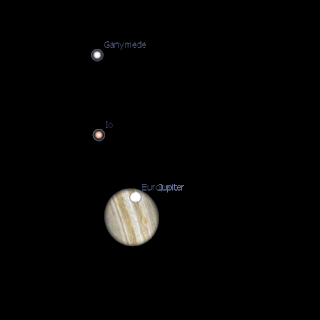 On Saturday 11 September, there is not only a great massing of the Moon, Venus Mars and Spica, but there is a transit and shadow transit of Europa as well. As Venus and the Moon are setting Europa begins it's journey across the face of Jupiter, preceded by its shadow. To see Europa and its shadow on Jupiter you will need a fairly decent telescope, but even in small telescopes you will see Europa merge with Jupiter, then emerge a few hours later. When Europa has exited, the great red spot makes its way across Jupiters' disk as well.

With Jupiter nearing opposition this month, there are lots of opportunities to see cool Jupiter Moon events (scroll down until you hit Jupiter). Happy observing!

EXPOI Spies Comet 103P/Hartley (and other 103P ima...
Take a Look Around
Saturn and the Crescent Moon
The Sky This Week - Thursday September 9 to Thursd...
Comet 103P/Hartley via GRAS
Comet 103P/Hartley, a Comet with a Bright Future
Venus, Spica and Mars in a Line
See Baroness Greenfield at the Florey Lecture (Fri...
The Return of We can be Heros (just for one Day)
Venus, Mars and Spica