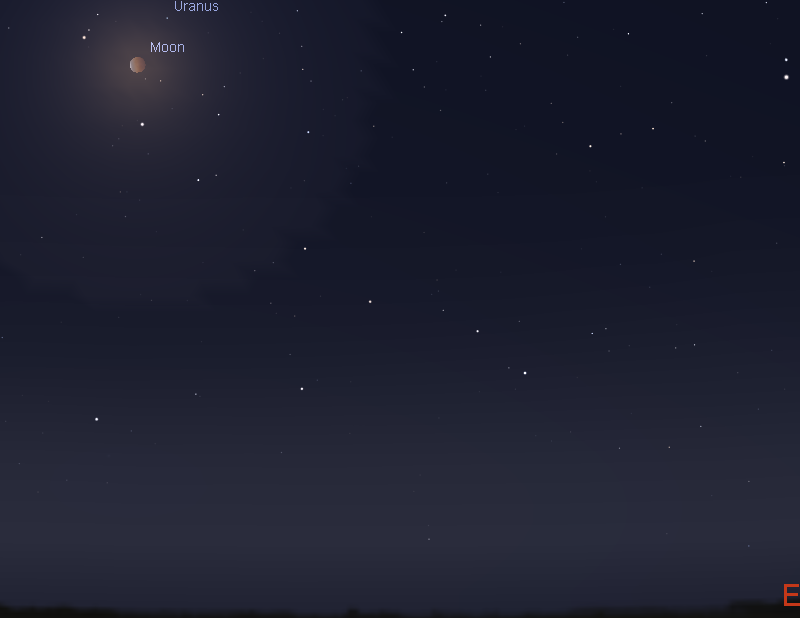 Eastern horizon as seen from Adelaide on 8 October at 8:30 pm ACDST . The Lunar Eclipse is at maximum depth. Click to embiggen.
The October edition of Southern Skywatch is now up.  This month has less planetary action than last month but a good total Lunar Eclipse and lots of comets.
On October 8 there is a Total Lunar Eclipse seen in the early evening from all of Australia.

Jupiter rises higher in the morning twilight and is near the Moon on the 18th.

Mars is obvious in the western evening sky.  Mars start the month near Antares then climds into the Sagitarius star clouds. On the 91th it is very close to comet C/2013 A1 Siding SPring. On the 28th it is close to the crescent Moon and the Lagoon Nebula.

Saturn is low in the western evening sky, and will be lost in the twilight by the end of the month.It is close to the crescent Moon on the 25th

Mercury leaves the evening sky and returns to the morning sky at the end of the month.