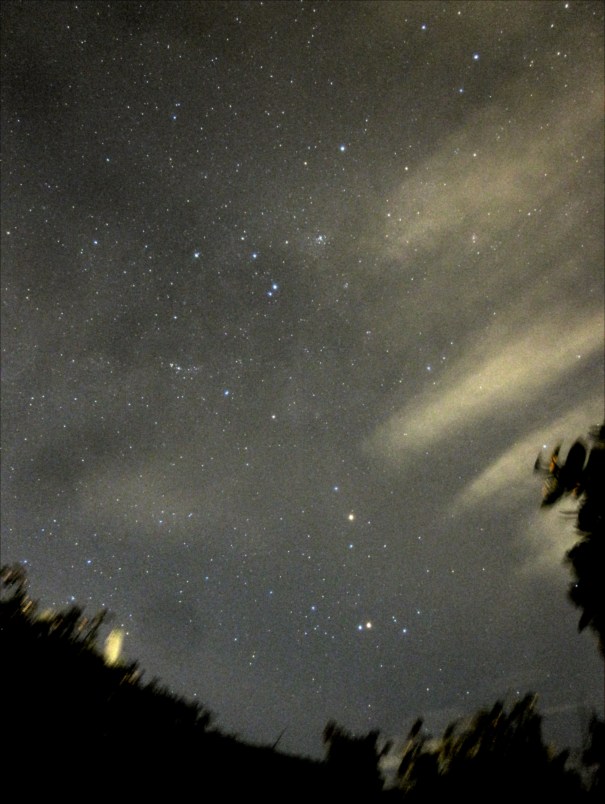 Evening sky on Thursday September 18 looking west as seen from Adelaide at 21:30 (9:30 pm) ACST in South Australia. Mars is close to Dschubba, the middle star in the head of the Scorpion (click to embiggen).

After last nights beautiful clear sky, when I was attending EldestOne and MiddleOne's school dinner, tonight was cloudy and slightly rainy. There was a short break in the cloud when I captured this photo of Mars and the star Dschubbaclose together, giving Scorpio a rather differnt apperance.

I was trying to put together an animation of the close approach, but my plans was partly ruined by several days of cloud. Below is the not so good version I managed to stitch together. The final image in the stack was taken too close to the horizon and under poor cloud conditions to stack properly, sadly. Still not too bad though.