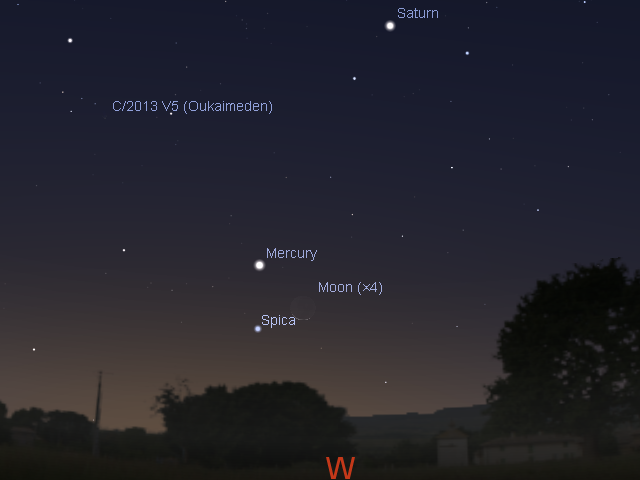 The Moon looking north-west at 7:00 pm ACST in Adelaide on 26 September. Mercury Spica and the Moon form a triangle in the Sky, while comet C/2013 V5 rises above them (dimly). Similar views will be seen elsewhere at the equivalent local time.

The September edition of Southern Skywatch is now up.  This month features some nice planetary  planetary action this month with Mercury close to Spica, and Mars coming close to Antares. Comet C/2013 V5 may become easy to see in binoculars.

Jupiter rises higher in the morning twilight and is near the Moon on the 20th.

Mars is obvious in the western evening sky.  Mars is near Antares on the 28th.

Mercury enters the evening sky and is close to Spica on the 20th and the Moon on the 26th.