Mercury has a tail! And late September and early October will be the best times for amateurs to try and image it. Before going into details, a bit of background (this is an extended version of the tangent I did for the astrophiz podcast, the mercury tail talk starts around 17:11) 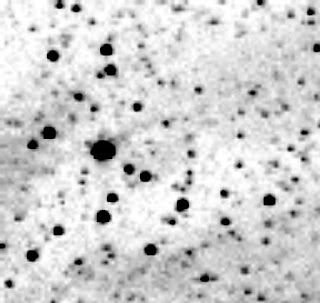 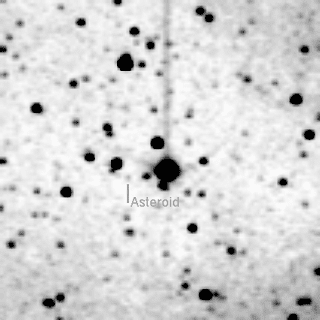 Images of Mercury with a tail as seen in the STEREO spacecraft H1b imager. The left image  is Mercury as seen in the H1a imager on January 16 of 2010.

For contrast I've put the image from the H1b imager of 8 April to the right. The tail in the H1a imager is better on the 17th, but I've shown the 16th because of a rather unusual circumstance.
On the 16th an asteroid passes behind Mercury, so you get a tail and an asteroidal occultation in the same picture. The tail (it points to the left in the left image, and right in the right image, the vertical bar is an imager artefact). The asteroid is 88 Thisbe.
I should point out that I am a STEREOHUNTER, someone who hunts for comets in images from the stereo spacecraft, although I have been inactive for some years.

Back in 2008 famed STEROHUNTER Comet Al and I were trying to confirm a comet position in images from STEREO A. I pointed out the nice bright comet moving across the STEREO image field and Comet Al said, "That's not a comet, that's Mercury!". We exchanged the internet equivalent of startled looks.

The feeling on the Stereohunter list was that it was an artifact, but I remembered an article on sodium emission from Mercury, and went to track down the group and ask them what they thought our tail might be.

This is an image of Mercury's tail obtained from combining a full day of data from a camera aboard the STEREO-A spacecraft. The reflected sunlight off the planet's surface results in a type of over-exposure that causes Mercury to appear much larger than its actual size. The tail-like structure extending anti-sunward from the planet is visible over several days and spans an angular size exceeding that of a full Moon in the night sky.(Credit: Image courtesy of Boston University’s Center for Space Physics)

So began a saga that cumulated in the paper "Observations of Mercury’s Escaping Sodium Atmosphere by the STEREO Spacecraft" by Carl Schmidt, Jeffrey Baumgardner, Michael Mendillo, Christopher Davis and Ian Musgrave being read at the European Planetary Science Congress. This paper was the subject of a press release, and has spread wide into the internet (Science Daily, Space.com, and SpaceInfo are just a few examples). It is my first and only scientific paper on astronomy (as very minor co-author of course).

Mercury’s tail has been picked up from Earth by specialized astronomical telescopes with special filters. But what about amateurs? It turns out that they can. There have been several images of Mercury taken by amateurs with fairly modest telescopes and narrow band filters (see here for example). Narrow band filers are widely available (but somewhat pricey) a recent successful imaging used a 589.3/1.0 nm filer, sodium atoms need 589.0/589.6 nm light to glow. 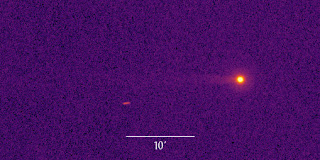 But you will need a guided telescope and integrate a number of exposures (eg 100x 10 second exposures). Could you pick the tail up with simple broadband exposure rather than a narrow-band filter? That is a good question and maybe you could try if you have a guided telescope. 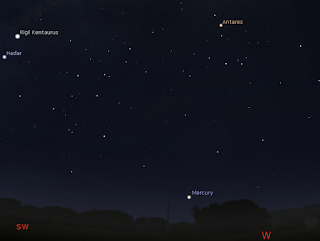 Evening sky at 19:45 ACST (90 minutes after sunset) on Friday, October 2 facing west as seen from Adelaide. At this time Mercury is at it's furthest elongation from the Sun. Mercury is easily seen above the Western horizon at astronomical twilight.

In September and October Mercury will be relatively high and good for trying. Mercury’s sodium tail is brightest at perihelion and aphelion. Aphelion is on September 19, but Mercury is only 4 degrees above the horizon at astronomical twilight, when the sky is full dark at the time.

Mercury is 7 degrees above the horizon at astronomical twilight between the 24th to 29th of September, which is better, but the tail will be fading.

While fading, this will be an excellent challenge for the telescope owners.

If you want to read more, there are some excellent academic papers here and here (hat tip to Daniel Fischer for the links)