The eclipse evening started out okay, with nice blue skies with the occasional cirrus. But as the time of the eclipse drew near, the horizon became cloaked with clouds. I kept popping out nervously while cleaning up from dinner to the amusement of the neighbours.

The Moon eventually pulled away from the cloud (although it was hazy for a while), but by then the Moon was mostly eclipsed. I did lose some time trying to set up the 8" Newtonian for viewing (the images you see are all my 4" Newtonian with the Canon IXUS), I had a frustrating time until I realised I had not taken the back lens cap off the spotter scope on the 8" (rolls eyes).

Totality saw the Moon a deep red colour, then the clouds rolled in again. I missed the iridium flare over the Moon because of them.

After a while the clouds disappeared completely though, and I had a marvellous view of the copper-coloured Moon and the darkened sky. EldestOne and SmallestOne came out to look at the eclipsed Moon, but neither wanted to look through the scope for some reason. EldestOne popped out of his own accord on and off during the evening, but I had to cajole SmallestOne away from the TV.

The colour doesn't really come out in the deepest eclipse images, the eclipse was relatively dark, and to get better intensity I had to use longer exposures, which had the Moon drifting too much. 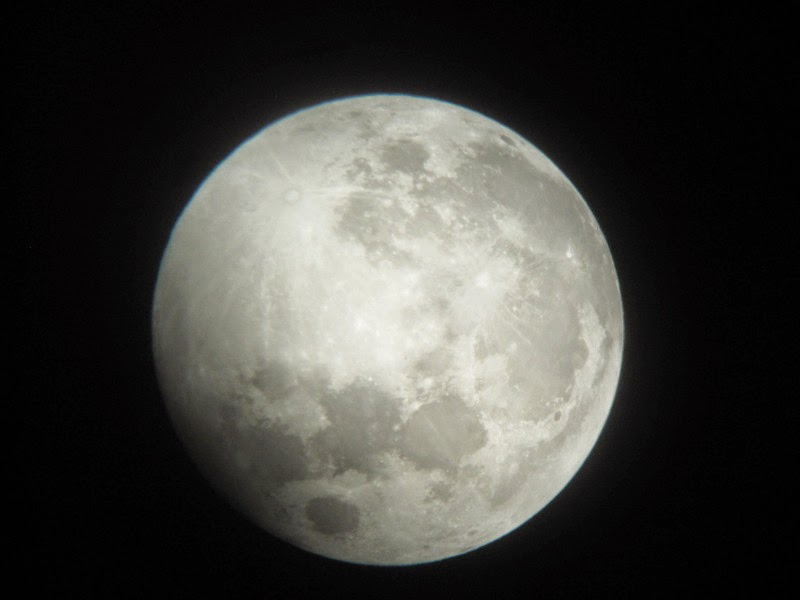 The Moon as the eclipse is almost ended.

Then the Moons edge got brighter, and the shadow slipped off the Moon. I was able to get  a full sequence of the disappearance (and clean the oven at the same time - MiddleOne had a Cake Baking Adventure and failed to clean up after himself).

The Moon and sky were bright again, and I packed all the gear away.

All in all a very satisfying eclipse, got to share it with the kids, and see other peoples images near live on my mobile while imaging myself. 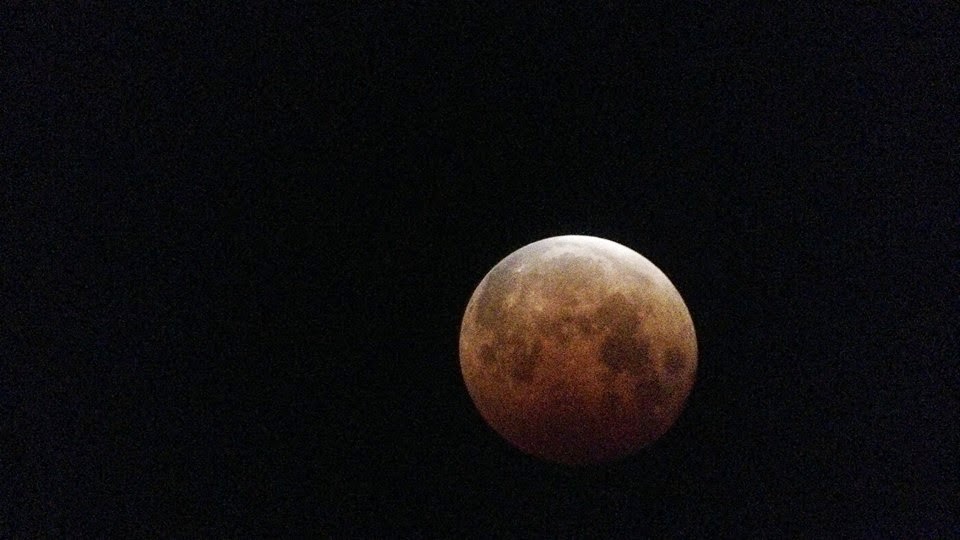 Eclipsed moon imaged with my mobile phone held up t the lens of my 8" Newtonian.

Comments:
Thanks Ian,
It was cloudy here in Lake Macquarie.
I got some glimpses before and during totality.
It seemed the clouds were bunching up and stopping just where the Moon was.
I tried to wake my kids up when there was a glimpse during totality. My Littlest wouldn't open his eyes, even though he slept in his bed where he could see it. My biggest boy got up and saw it, but doesn't remember !

Kids! At least you got to see something. The images are inverted as they are through the telescope.