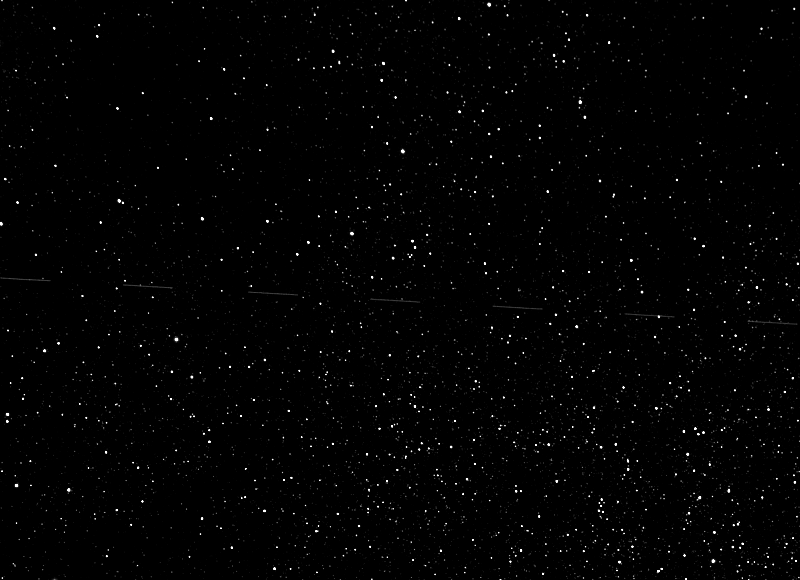 Unfortunately, the closest approach was out of reach of the iTelescopes, but I got it in the SSO scopes around 3 hours later.

I got a bit more than I bargained for though. Along with 2013 QR1 were two other fainter, fast movers. I don't know yet if they are known asteroids, or unknown asteroids, or even satellites. But I'll try and get them again tomorrow (the middle one probably not, it was moving faster than the other two and will probably be far way by tomorrow night).

I have no idea of how to do astrometry when the traces are streaks, so I don't know how to trace it back through existing MPC orbits. Anyone have any ideas?