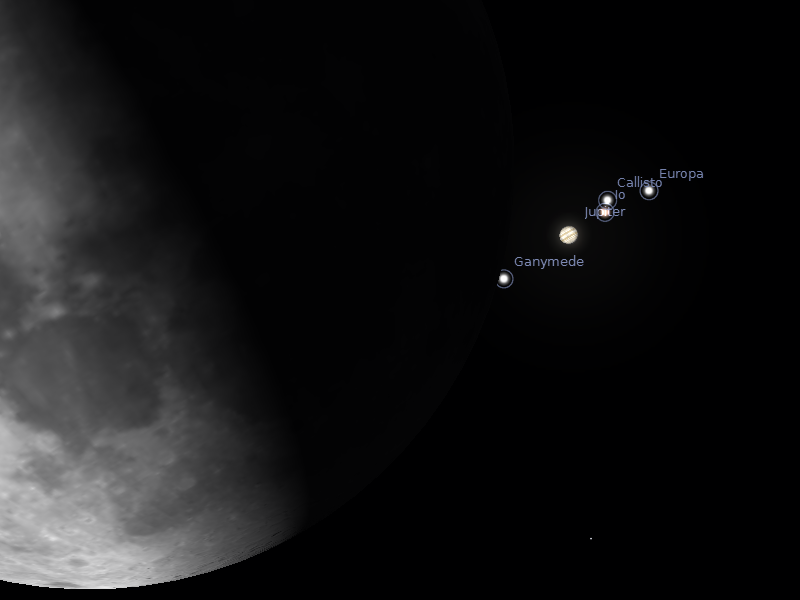 Evening sky as seen from Adelaide at 22:55 ACDST on February 18 showing the Moon about to occult Jupiter (click on image to embiggen).

The February edition of Southern Skywatch is now up. There's a little bit  of planetary action this month, and quite a bit of cometary action.

The bright planet Jupiter is occulted by the Moon.

Jupiter is in the evening sky near the Hyades. Jupiter was at opposition on the 3rd, when it was largest as seen from Earth. This is still an ideal time for telescopic views of Jupiter. On the 18th the Moon and Jupiter are close, with an ocultation in the southern half of Australia.

Mars  is very close to the horizon and difficult to see. Mars is close to the crescent Moon and Mercury on the 12th. By the end of the month it is lost to view.

Mercury is very low in the twilight.
Comets 2012 F6 Lemmon and 2011 L4 PanSTARRS are (just) visible in the evening, although PanSTARRS may become brighter than predicted.