The End of the World, Mayan Calendars, and a whole bunch of Stuff 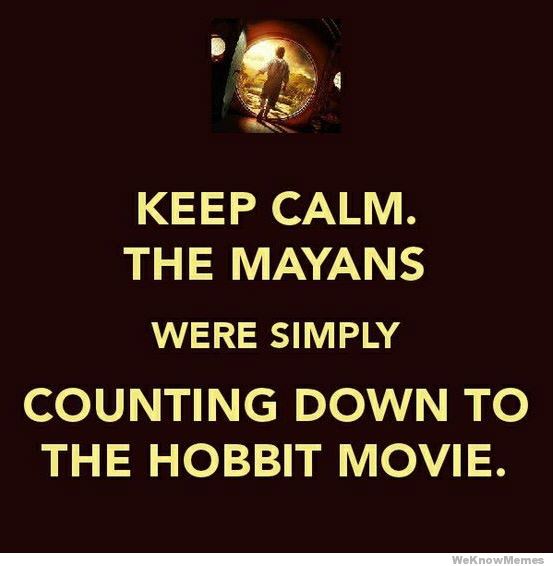 As I type "end of the world" hysteria is rising to a climax. If you somehow managed to miss it, 21 December is when the Mayan Long Count Calendar clicks over from 12.19.19.17.19 to 13.0.0.0.0. Various groups have associated this Calendrical change with a variety of apocalyptic scenarios, just as happened when we went from 1999 to 2000 in our calendar.

Of course, nothing apocalyptic happened on January 1 2000, nor will anything apocalyptic on 13.0.0.0.0. The ancient Mayan's did not think the end of the world would happen then, nor do modern Maya.

Various apocalyptic scenarios have been proposed, from rather unexciting "change of consciousness" to beams of gamma rays from the black hole at the galaxies centre causing the sun to erupt in solar flares.

None of these things are going to happen, and there are are many good sources that cover the various panics that are afflicting people. 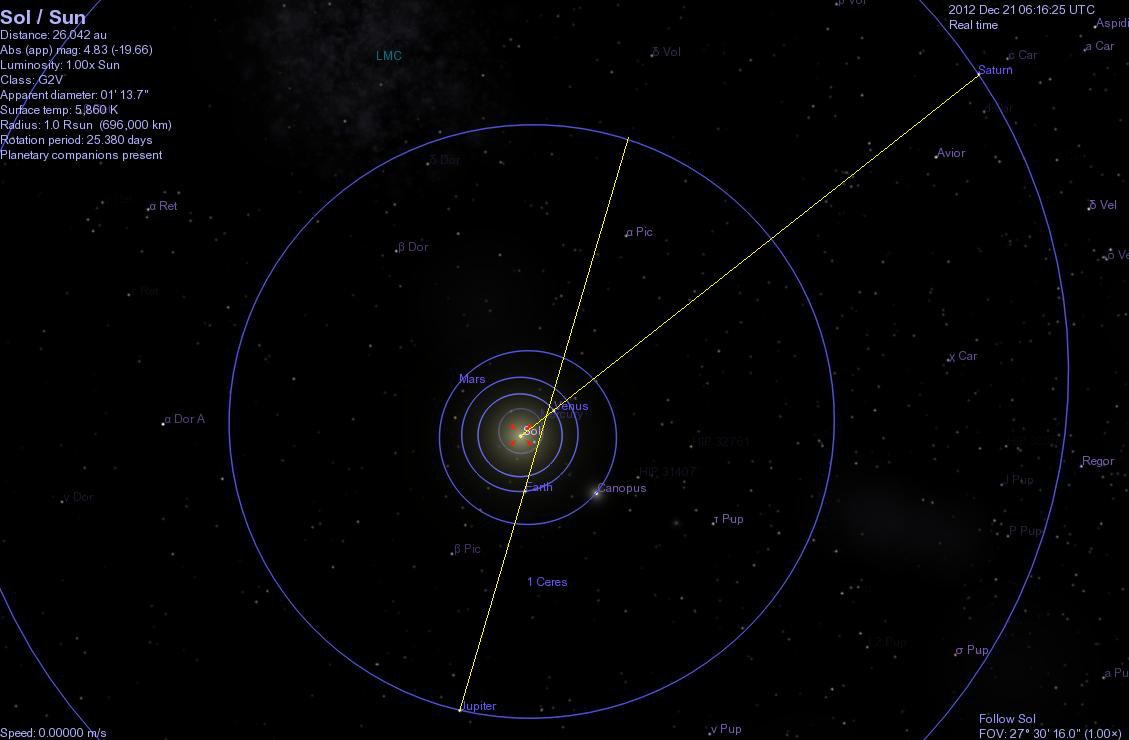 The image at the left shows the planets on the 21st, Saturn-Venus-Sun appear to be aligned, but Saturn is far above the plane of Venus's orbit, and does not fall on a Sun-Venus axis.  I talk in more detail about alignments here.

3) Killer solar flares. A Massive solar flare like the Carrington event would be very destructive, but these are extremely rare. We have survived flares rated up to X20 (really high) quite well. These flares may be inconvenient and expensive in lost telecommunications and the odd burnt-out satellite, but they aren't civilization crashers. As well, this solar maximum is rather weak, with few X class flares, and no active sunspots at the moment. We are not going to get killer flares form the few puny sunspots around at the moment.

4) Mysterious giant planets/brown dwarfs hanging around in the solar system. Any close enough to do anything to the Earth would have been painfully bright in the sky months ago. Continual misidentifing of various objects from lens flares to the Pleiades as planets does not count.

5) Pole shift. There is a bit of confusion here between the Earth's axis of rotation (which will not shift short of something the size of Mars colliding with us, and the magnetic poles, which do shift, and reverse every few tens of thousands of years. Magnetic pole reversals occur over thousands of years, not instantaneously so at the worst we might have some confused birds, but no Apocalypse.

It all seems silly, but there are people who are taken in by the hype, and who are being worried for no reason. As with previous apocalypses people are going to great effort to move to "safe havens" a great cost in time, money and peace of mind.

And here's my lighter take on the post apocalypse events.

Tau Ceti has Planets? maybe even an Earth-Like One...
Carnival of Space #280 is now Here!
The Sky This Week - Thursday December 20 to Thursd...
SmallestOne builds a Styracosarus
Chang'E Images Toutatis
Comet C/2012 V4 in STEREO 10-11 December 2012
For Those of Us Who Missed the Gemininds
The Only Stars I'm Seeing
Asteroid Toutatis 12-12-12
Venus and the Moon 12 Dec 2012