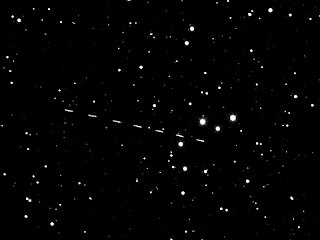 They were  stacked in ImageJ and a Max intensity Z project made, then despeckeled. The images  have variations in brightness which may indicate it is rotating (see my previous image for a better plot).  Click to embiggen.

375 metre diameter Near Earth Object 2012 QG42 continues to brighten as it heads for closest approach. It will be 7.4 Earth-Moon distances from us at closest approach on September 14 at 05:08 UT. 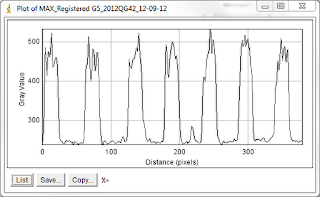 For my previous images and animation see here and here.