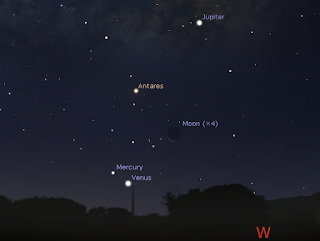 Mercury is at its best in the evening sky this month .

Mars is returns to the morning sky at the end of October.

Jupiter is still prominent in the western evening sky.

Saturn  is high above the western horizon