Using the upcoming Lunar Eclipses to show the Earth is Round.


For some reason there has been a rise in the number of people who think the Earth is flat. They dismiss the images of Earth from Space as "NASA lying to us", despite the number of different space agencies (Russia, China, India, Japan) involved.

There are many ways you can prove the Earth is round (or at least and oblate spheroid) yourself with no particularly sophisticated equipment. However, most involve having at least one helper thousands of kilometres apart or international travel.

However, this year there with two total lunar eclipses there is an opportunity to show that the earth is round all by yourself, you just have to wait 6 months.

A lunar eclipse shows that the Earth is round (as you can see the round edge of the Earth's shadow creeping over the Moons surface see also here), but this could be argued to be the same if the earth was a flat disk. 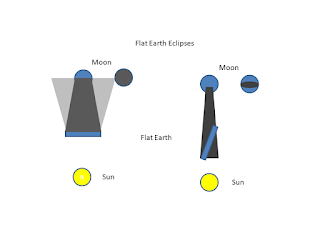 However, Lunar eclipses  also occur with the sun at varying angles to the Earth. This will not matter for a spherical Earth, but a disk shaped Earth will show different shadow shaped depending on weather the eclipse is with the sun directly behind the Earth or if it is just rising.

So if you photograph the January and July total lunar eclipses, an the Earth's shadow is a circle at both times, you have shown the Earth is a sphere (or at least a spheroid).