The so-called "supermoon" of tonight  (August 10/11) was very beautiful, but with the unaided eye I couldn't tell it apart from previous Full Moons.

However, it was very obvious in the telescope, even at 8:30 pm the Moon was obviously bigger than January's "mini-Moon" (aphelion Full Moon). The top image shows tonights Moon on the left at 8:30 pm, and the mini-Moon of January on the right. Click on the image to embiggen.

The bottom image shows the Moon at 10:30 pm (still 5anda half hours from maximum approach and largest apparent diameter) on the left, and January's "mini Moon" on the right. The size difference is glaringly obvious.The position of the Maria and craters is slightly different in each image due to libration. 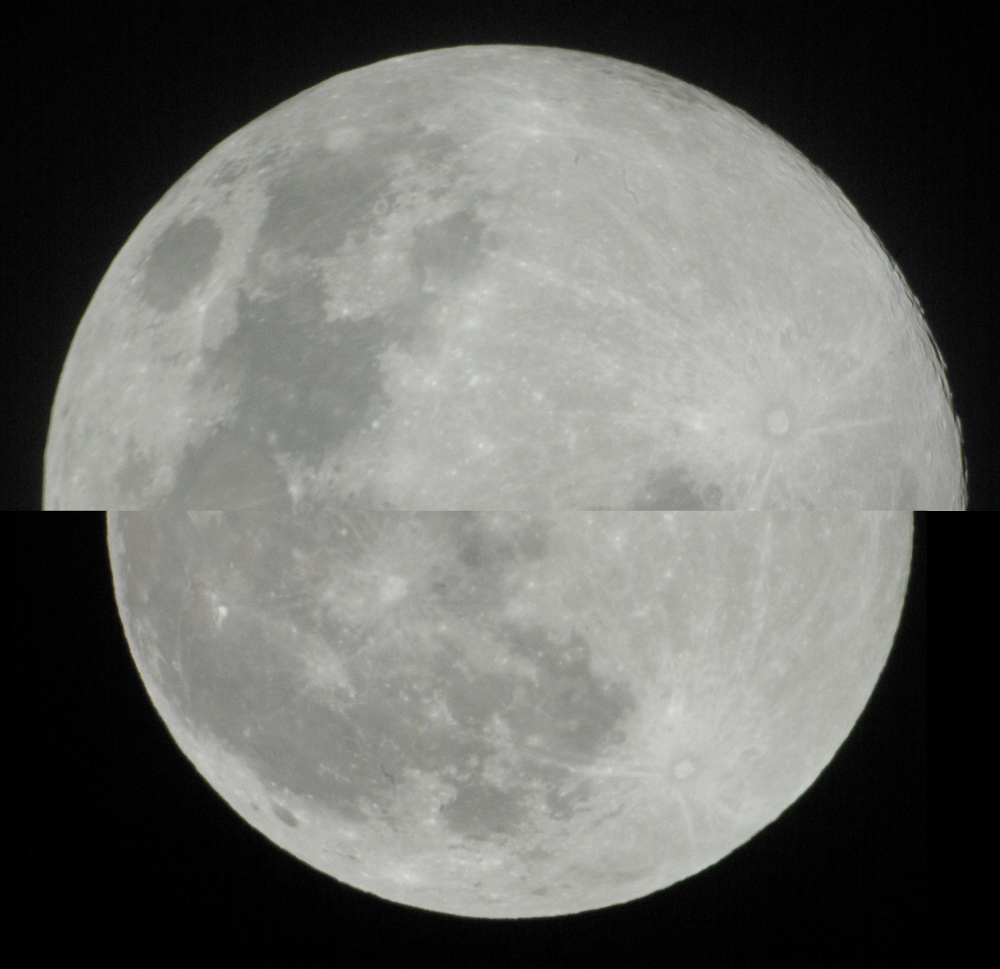 Another way to do this is to glue half of the image from today (top) to half from January (bottom), this makes it slightly clearer. The images are at exactly the same scale. (click to embiggen)

The top images have been processed to increase contrast, but are otherwise untouched.

So, pretty good night. If you got some pictures tonight, but don't have any from January, you have to wait until March 5th in 2015 for a comparable Mini Moon.

Just home from watching the 'super' moon rise here in the UK. Just about managed a clear view between the clouds but our weather isn't looking too good for the Perseids here - hope you fare better.