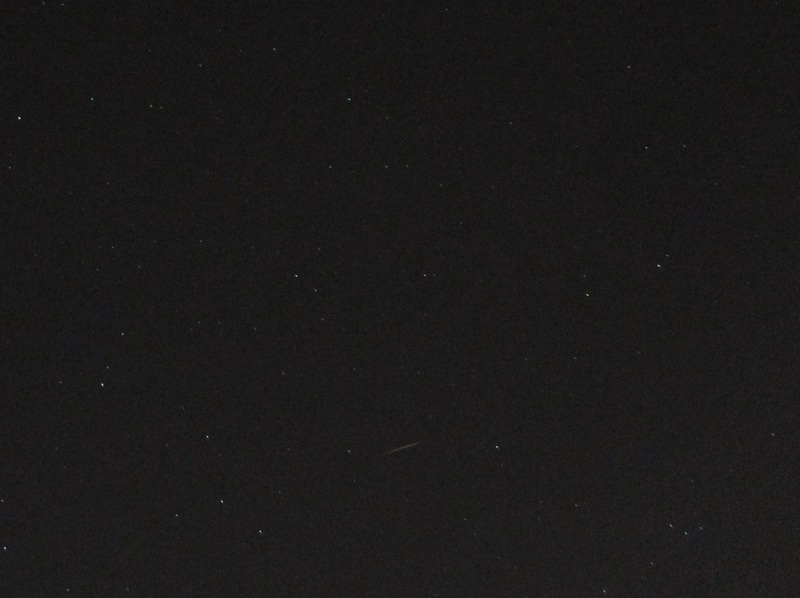 The single eta Aquariid I managed to photograph, out of all the meteors I saw this morning.

I got up at 3:30 this morning to watch the eta Aquariid meteros, I had prepared the night before, but I still managed to stumble and fluff around.

When I did get out I saw a Aquarid and a Sporadic almost immediately, and then some cloud came over.

However, by 3:45 the sky was clear, and I got to see the first of the really bright meteors with persistant trains of the night.

Overall I saw 25 Aquariid meteors in an hour and a half (and 4 sporadic), not bad for suburban Adelaide. Many of them were quite bright and long and a few with persistent trails. There was a 10 minute lull at 4:15, made up for by a group of 7 bright meteors at around 4:30.

Reports coming in from other suggest similar rates in suburban locations, and higher rates in the country. A bit highre than predicted, but we seem to have missed the outburst peak.