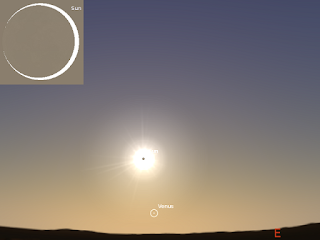 Annular Eclipse as seen from Tennant Creek at maximum eclipse, 8:48 am ACST on May 10.

The New Moon is Friday May 10.


On the morning of May 10, there will be an annular Solar eclipse. In an annular eclipse the Moon does not completely cover the Sun, and the Sun forms a thin ring around the Moon at maximum eclipse depth.

The annular eclipse will be seen from a thin strip in WA, the Northern Territory and remote far north Queensland.

Everywhere else will see a partial eclipse of varying depth, the north-east coast of Australia having the best views. The eclipse starts shortly after sunrise. In places along the annular eclipse path, such as Tennant Creek (NT) and Musgrave Roadhouse (QLD), viewers will see a thin rim of Sun around the moon.

Elsewhere viewers will see between 13% (Hobart) - 83% (Cairns) of the Sun covered by the Moon.

Detailed timings and observing hints are in this post. 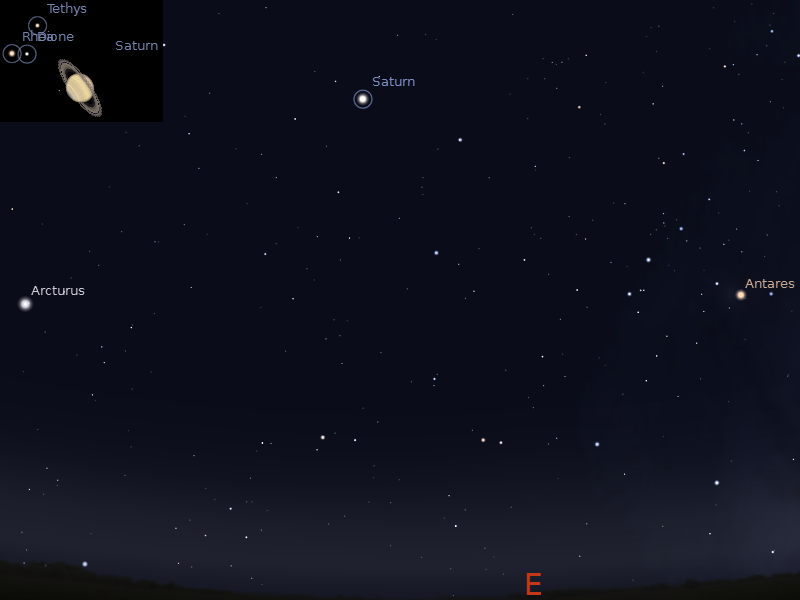 Sky on Saturday May 11 looking east as seen from Adelaide at 20:00 local time in South Australia. The left inset shows a telescopic view of Saturn at this time. Similar views will be seen elsewhere at the equivalent local time (click to embiggen).


Saturn is now easily visible above the eastern horizon before midnight in the constellation of Libra. Saturn climbs higher in the evening sky during the week, becoming easier to see.

Mercury  is lost in the twilight, but will return to the evening skies next week. 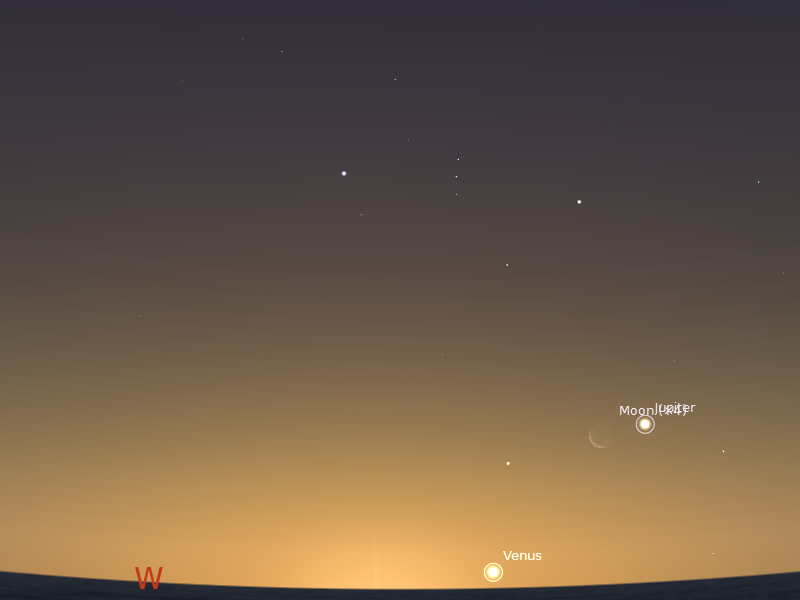 Evening sky looking west as seen from Adelaide at 17:50 pm local time on Sunday May 12. Similar views will be seen elsewhere at the equivalent local times indicated here.  Click to embiggen.


Bright white Venus returns to the evening twilight. It is very difficult to see initially, as it is quite close to the horizon, and you need a clear, level horizon like the ocean to pick it out. On the 11th Venus is close to the crescent Moon.

Jupiter is visible low in the early evening and rapidly descends into the twilight, heading towards a rendezvous with Venus and Mercury. Jupiter is setting progressively earlier, by 7:06 pm local time, so the giant world is now not really possible to follow in a telescope. However, with Venus and later on Mercury near it, it is well worth watching