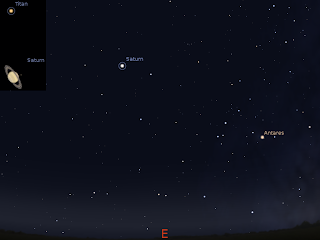 Sky on Saturday April 6 looking east as seen from Adelaide at 23:00 local daylight saving time in South Australia. The inset shows a telescopic view of Saturn at this time. Similar views will be seen elsewhere at the equivalent local time (click to embiggen). 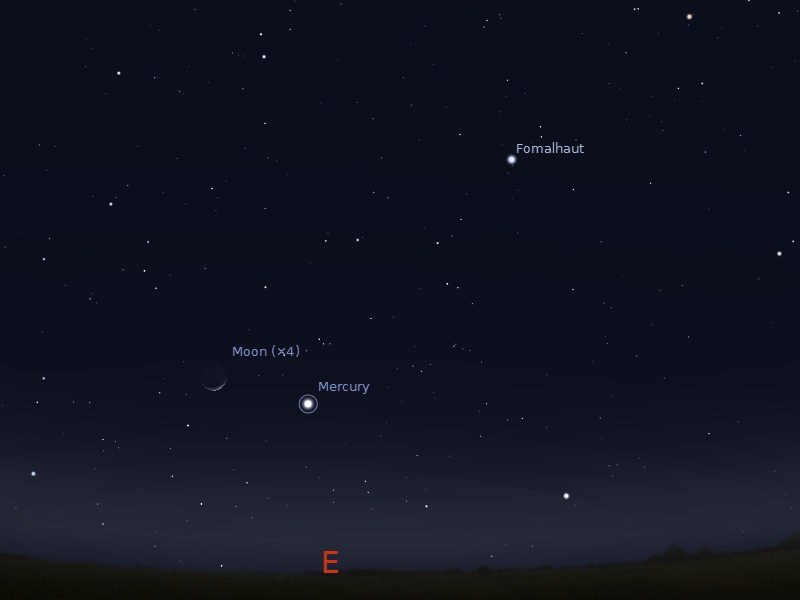 Morning sky on Monday April 8 showing Mercury, looking east as seen from Adelaide at 5:30 am local time in South Australia. Similar views will be seen elsewhere at the equivalent local time (click to embiggen).

Mercury  is prominent in the morning skies this week. It is now easy to see as the brightest object above the eastern twilight sky an hour before dawn. On the mornings of the 8th and the 9th Mercury is visited by the crescent Moon. 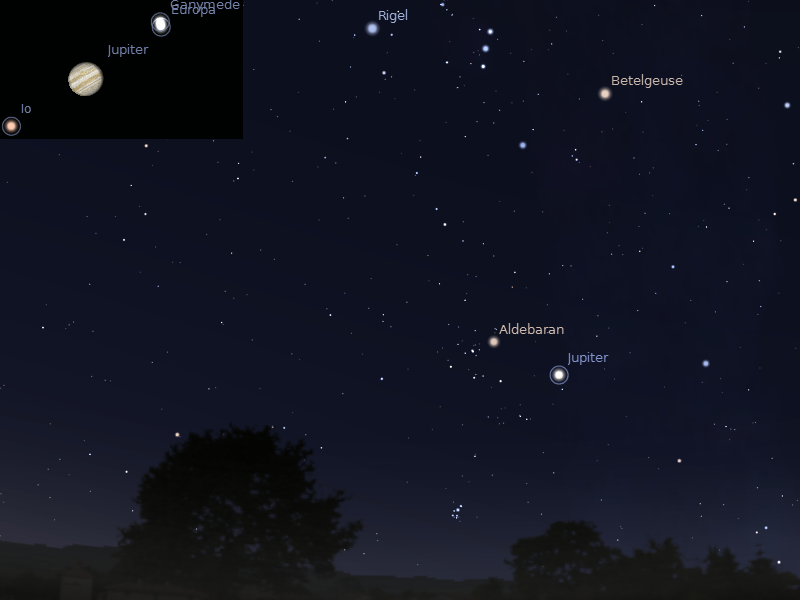 Jupiter is prominent low in the northern-western early evening sky, being quite visible in the twilight.  Jupiter is below the Hyades, near the red star Aldebaran.

Now is still a good time to observe Jupiter with a telescope of any size in the early evening. Jupiter is setting progressively earlier, by 9 pm local time, so the giant world is harder to see in a telescope. Jupiters' Moons are easily seen in binoculars, and can be followed from night to night changing position.

Southern Skywatch April 2013 Edition is Now Up.
Carnival of Space #295 is Here!
MiddleOne is an Even Number Old
The International Space Station Crosses Orion's Be...
Carnival of Space #294 is Here!
More News on Comet 2013 A1 (Siding Spring), A Mars...
Bright Passes of the ISS for Easter
Occultation of Spica by the Moon, Northern Austral...
What Have We Learned From the Asteroid DA2013cl2 H...
The Sky This Week - Thursday March 28 to Thursday ...