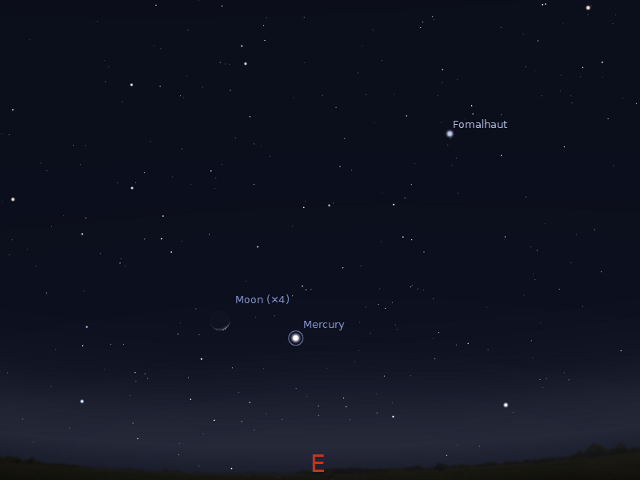 Mercury near the crescent Moon on the morning of  April 8, at 5:30 am ACST as seen from Adelaide.

There's a little bit  of planetary action this month, with the opposition of Saturn, a partial Lunar Eclipse and an occultation.

Saturn is at opposition on the 28th. This is when Saturn is biggest and brightest as seen from Earth. On March 25 and 26 the  Moon  is close to Saturn

Jupiter is in the evening sky near the Hyades. Jupiter is now very low in the western sky. On the 14th and 15th the crescent Moon and Jupiter are close.

Mercury is prominent in the morning sky in the first half of the month. Mercury is close to the crescent Moon on the 8th and 9th.


The star alpha Librae is occulted on the 26th, seen from most of northern Australia.

There is a very poor partial Lunar Eclipse on the morning of the 26th.