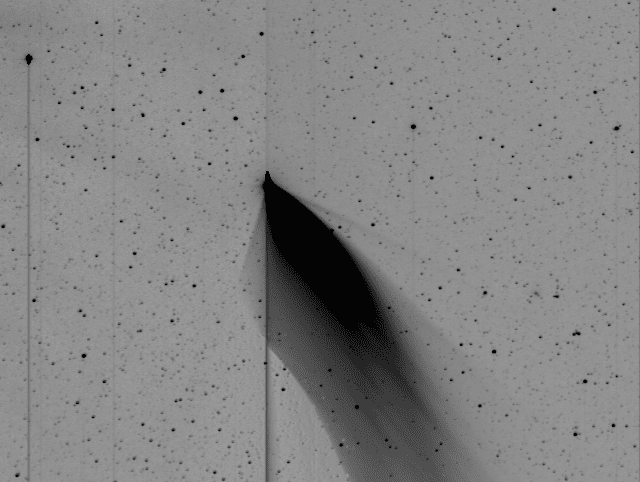 Comet C/2011 L4 PanSTARRS from 23:29 UT on 11 March, high resolution images from the STEREO Behind H1 imager. The image has been inverted to make the faint tails clearer.  Image stretched in ImageJ after background subtraction. Contrast enhanced to make details in the dust tail clear at the expense of the intensity of the ion tail. The long straight lines (and apparent holes in the comets tail) are imaging artefacts. Click to embiggen.

The broad conical fan of dust looks quite beautiful, If I get figure out a more clever way of bringing out the detail in the main dust tail while keeping the side tails, this will look really good.