And Hello Comet PanSTARRS (In STEREO) 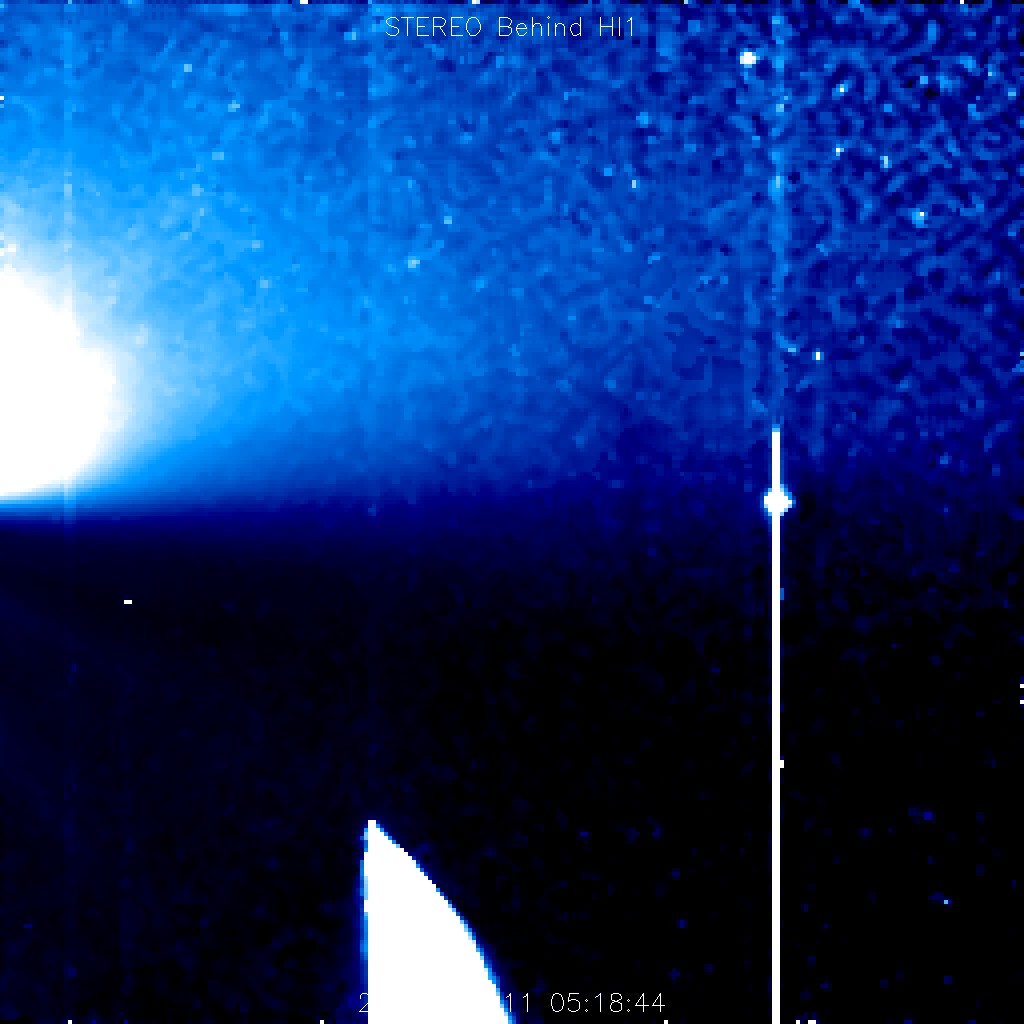 In a few days I will be able to download the high resolution images, but it is likley to be over exposed on them too, as the CCD camera is designed to pick up the dim coraolal mass ejections and solar atmosphere.