The Sky This Week - Thursday September 30 to Thursday October 7 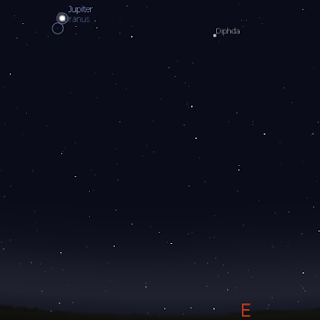 Evening sky looking East as seen from Adelaide at 8:30 pm on Friday October 1 showing Jupiter close to Uranus. Jupiter is just past opposition, but is still excellent in telescopes and binoculars. Similar views will be seen elsewhere at the equivalent local time. Click to embiggen.

The Last Quarter Moon is Friday October 1.
Jupiter rises in the early evening, and can be readily seen from about 7:00 pm local time just above the eastern horizon. During the week you can see bright Jupiter rising in the east while Venus is still in the west. 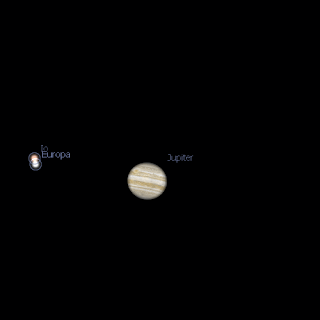 Jupiters' Moons are a easy to see whether you have binoculars or a telescope. Watching their eternal dance is always rewarding. On the morning of Friday October 1 September, Io and Europa pass close to each other. 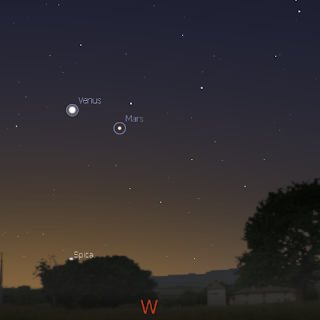 Venus is in the constellation of Libra, the Balance. Venus is close to Mars , and they are closest on Saturday October 2. The bright star Spica (alpha Virginis) is below the pair, forming a broad triangle. Venus and is a visible crescent in small telescopes and 10x50 or stronger binoculars. 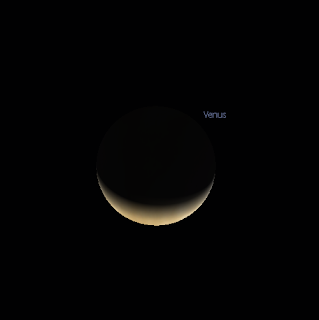 I don't know if you remember me, but I used to live in Semaphore, and a big Astronomy lover, thanks to finding your blog through Google.

I now live in Port Augusta, so get the most fantastic starry nights! I enjoy every second of skywatching, and have got many people onto it.

And that is really thanks to you, taking the time to post blogs and let us know of upcoming Astro events. You're a champ!!

Seeing Jupiter's Moons with the Unaided Eye.
Me, Mercury and the European Planetary Science Con...
Carnival of Space #170 is here.
In which I am Revealed as an Idiot
The ISS shoots the Moon from Adelaide tonight (Wed...
Where's comet 103P/Hartley? (Septmber 21, 2010)
Opposition of Jupiter Tonight, Tuesday 21 Septmber...
The Sky This Week - Thursday September 23 to Thurs...
Go to the Zoo Tonight! (Adelaide)
Comet 103P/Hartley near PGC 71451