The Full Moon is Thursday September 23. Mars, Venus and Spica form a triangle in the sky. Jupiter was at opposition, when it is biggest and brightest as seen from Earth, on Tuesday September 21. On 23 the Moon is close to Jupiter. Jupiter and Uranus are seen close together in binoculars and telescopes. Earth is at Equinox on September 23. 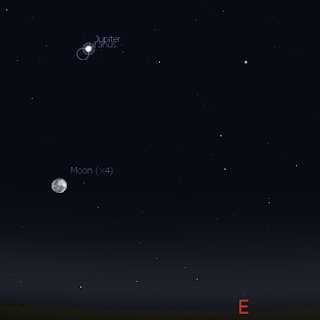 Evening sky looking East as seen from Adelaide at 8:30 pm on Thursday September 23 showing Jupiter close to Uranus. Jupiter is just past opposition, but is still excellent in telescopes and binoculars. Similar views will be seen elsewhere at the equivalent local time. Click to embiggen.

The Full Moon is Thursday September 23.
Jupiter rises before midnight, and can be readily seen from about 7:30 pm local time just above the eastern horizon. During the week you can see bright Jupiter rising in the east while Venus is still in the west. 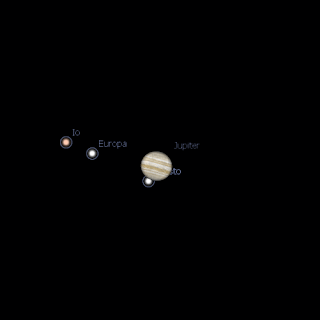 Jupiters' Moons are a great delight whether you have binoculars or a telescope. On the morning of Friday 24 September, Callisto drifts below Jupiters' pole. 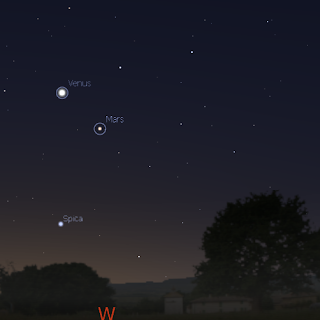 Venus leaves Virgo the Virgin this week and enters the constellation of Libra, the Balance. Venus is close to Mars , and they come cloae during the week. The bright star Spica (alpha Virginis) is not far below the pair, forming a triangle. Venus and is a visible crescent in small telescopes and 10x50 or stronger binouclars.

Mars is distinguishable by its reddish colouring and is the brightest object below Venus not far above Spica. 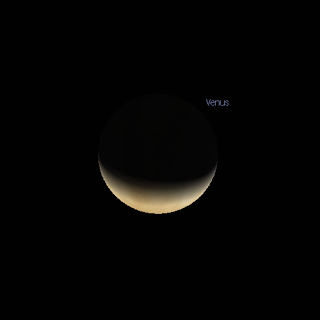 Go to the Zoo Tonight! (Adelaide)
Comet 103P/Hartley near PGC 71451
We did the Fun Run
Tonight is International Observe the Moon Night
Off to Run
The Moon in 3D!
Comet 103P/Hartley meets a Galaxy (and other images)
Geo-xcentricities; you too can be Galileo with jus...
A Tale of Two Iridium Flares
The Sky This Week - Thursday September 16 to Thurs...