This is Global Astronomy Month. The First Quarter Moon is Sunday April 26. Venus is prominent in the twilight evening sky. Mars is lost in the twilight. Jupiter is the brightest object in the evening sky once Venus has set. The Moon visits Jupiter on the 26th. Saturn is in the head of the Scorpion and now visible in the evening. Mercury is lost to view. Lyrid Meteor shower morning 23rd.

The First Quarter Moon is Sunday April 26. The Moon is at apogee, when it is furthest from Earth, on the 29th. 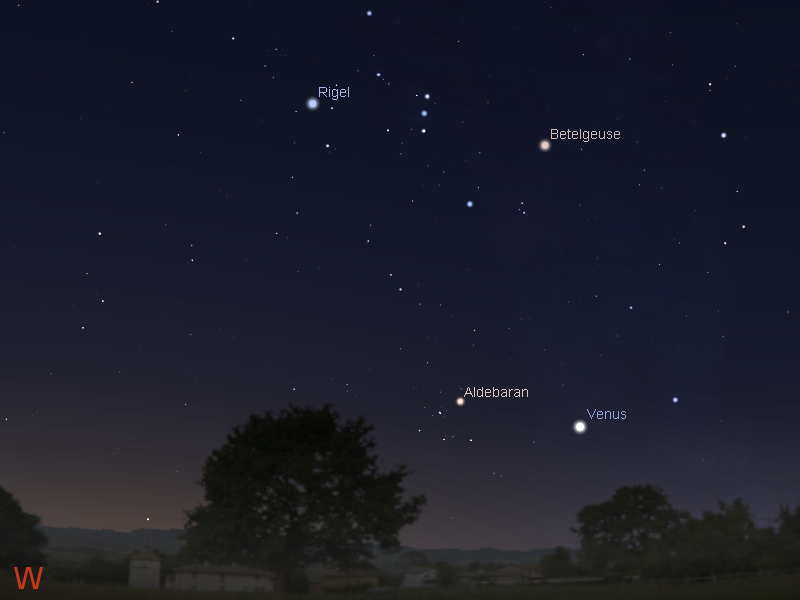 Evening sky on  Saturday April 21 looking west as seen from Adelaide at 18:30 (6:30 pm) ACST in South Australia.  Venus is obvious in the early evening sky in line with the bright star Aldebaran. Similar views will be seen elsewhere at the equivalent local time (click to embiggen).

During the week Venus heads away from the Hyades cluster and Aldebaran towards the stars Castor and Pollux, heading for a meeting with Jupiter later next month.. 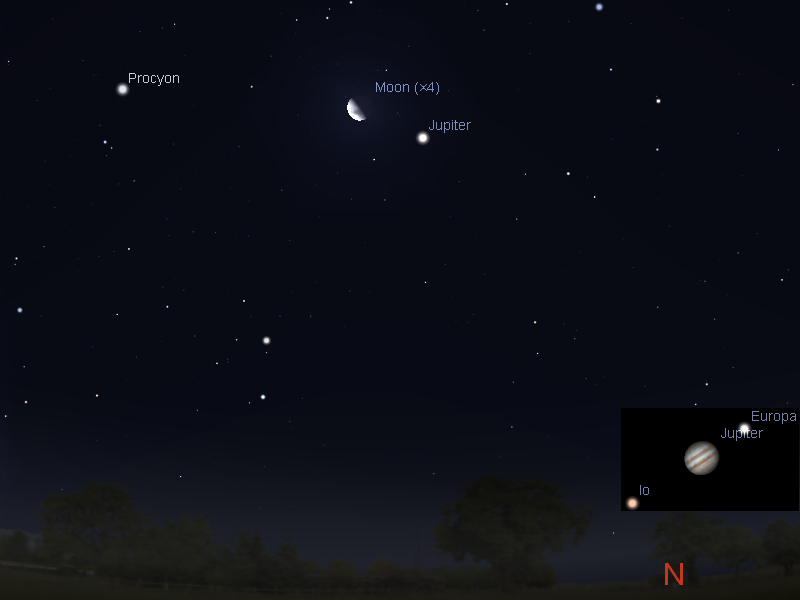 Evening sky on Sunday April 26 looking north-west as seen from Adelaide at 20:00 ACST showing Jupiter and the Moon.  The inset shows Jupiter's Moons at this time. Jupiter is the brightest object above the north-western horizon once Venus has set. (click to embiggen). 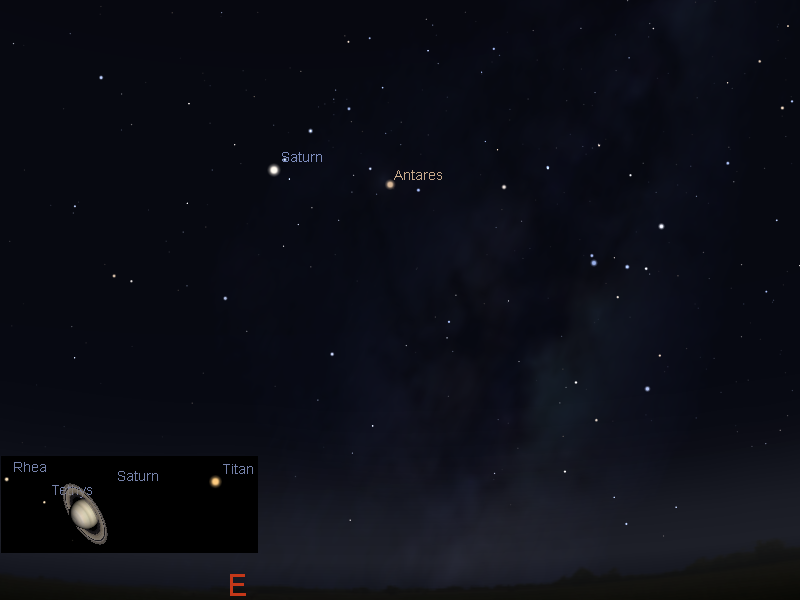 Evening sky on Saturday April 25 looking east as seen from Adelaide at 22:00 ACST.  Saturn is now easily visible above the horizon. The inset shows the telescopic view of Saturn at this time. (click to embiggen).

While Saturn is  readily visible from around 21:00, it is best for telescope observation from around 22:00 into the morning hours. 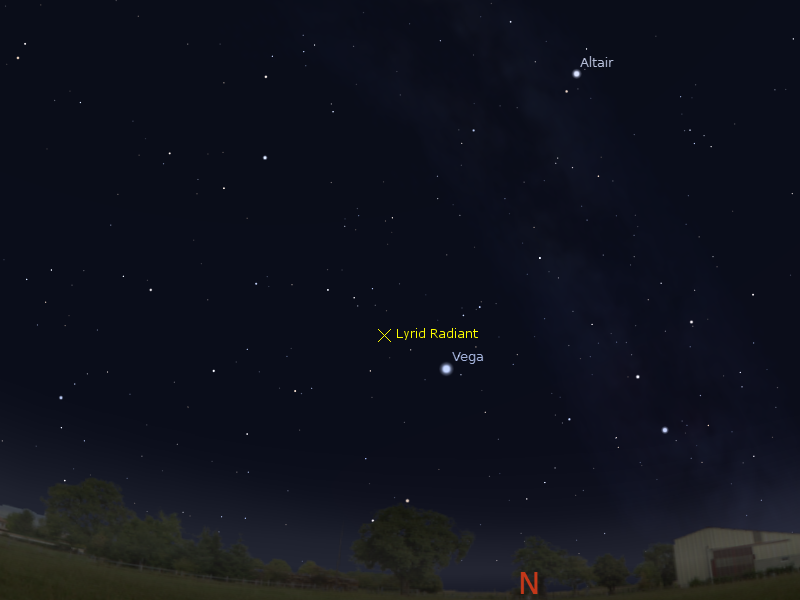 That's  around 10 am 23 April in east coast Australia, but as the radiant doesn't rise until 1 am, the best time to view the Lyrids in Australia is from 4 am on the 23rd.

The predicted ZHR this year is 18 meteors per hour. This means that under ideal conditions, you will see a meteor on average about once every three minutes. This can be as interesting as watching paint dry. Also, while that meteor every three minutes is the average, meteors are like buses, you wait for ages and then a whole bunch turn up. In Australia, the rate is even less, around 6 meteors an hour in Northern Australia. For southern Australia, the rate is even lower.


This is Global Astronomy Month. See the Astronomers Without Borders site for a rundown of what's on.