Southern Skywatch May, 2014 edition is now out! 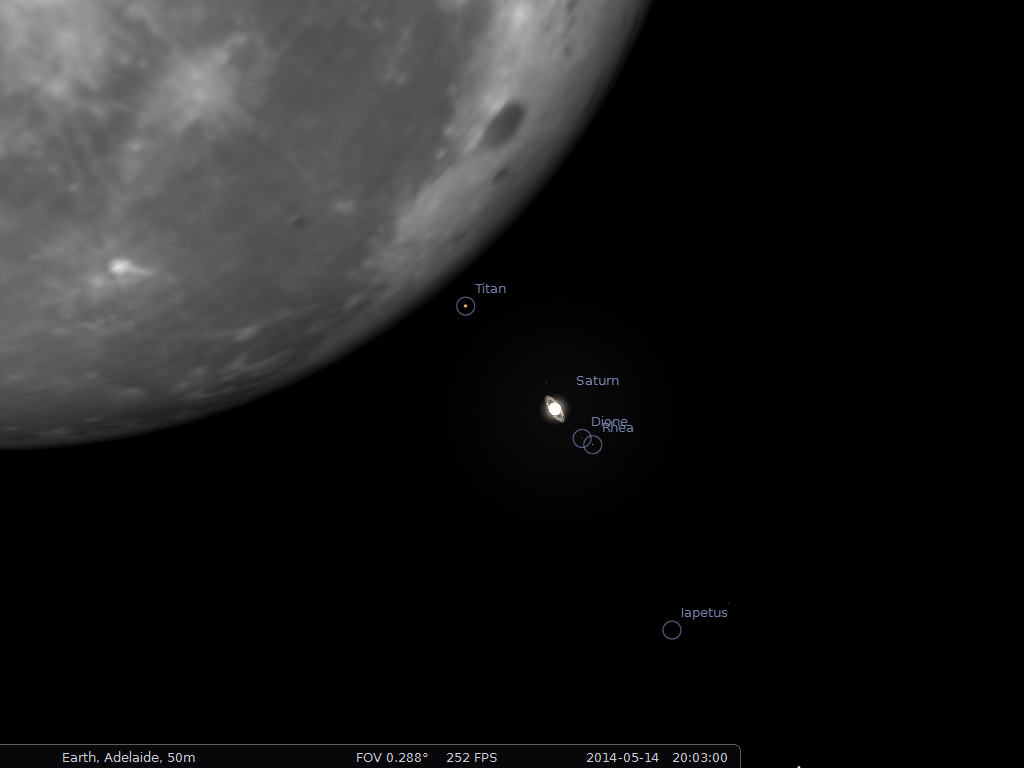 The Moon at 8:02 pm ACST in Adelaide on 14 May just before the Moon covers Saturn. Saturns' giant moon Titan is just about to go behind the Moon. Similar views will be seen elsewhere at the equivalent local times.  Click to embiggen.

The May edition of Southern Skywatch is now up. It is a busy month this month.

There's a bit of planetary action this month with Venus, Jupiter, Saturn and Mars meeting the Moon. There is also the opposition of Saturn and a rare occultation of Saturn. Not to mention the eta Aquariid meteor shower.

Jupiter sinks towards the north-western horizon in the early evening. Jupiter is also near the Moon on the 4th.

Mars is obvious in the eastern evening sky.  Mars is near the Moon on the 11th.

Saturn climbs higher in the evening sky and is close to the Moon on the 14th. At this time there is an occultation of Saturn. Saturn is at opposition on the 11th.

Venus is close to the crescent Moon on the 26th.

Mercury returns to the evening sky late in the month.

The asteroids Vesta and Ceres are visible in binoculars.