Southern Cross with parts of Carina and the Southern Pleiades. Down the bottom is the pointers, with Nova Centauri clearly visible. Image is a stack of 10 x 15 second exposures at ISO 1600 taken with a Pentax K10D. Click to embiggen. Image taken 30-12-2013.

This is my first real astrophotography shot with the Pentax K10D DSLR gifted me by my photographer Mother-in-law.  Focus is a bit rubbish, and I have yet to work through the colour values and sort out dark frames, but not bad for a first serious attempt. 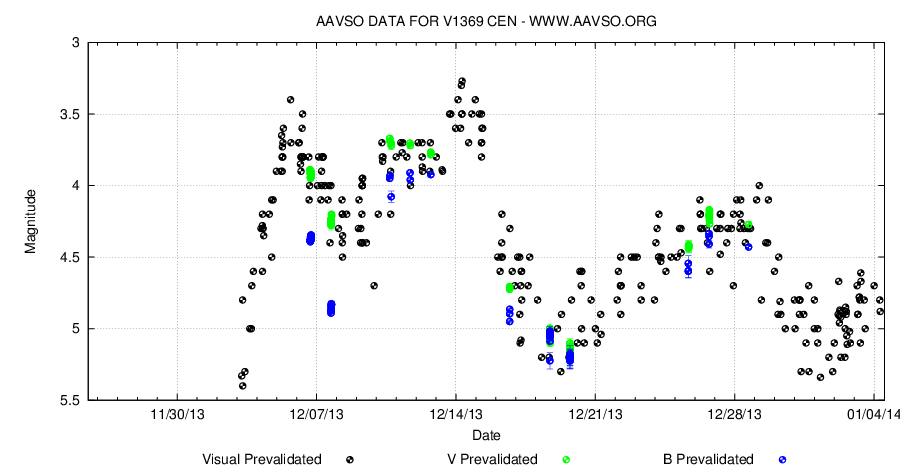 Current lightcurve for V1369 Nova Centauri 2013 from the AAVSO.  Click to embigen.

Just to the bottom near the first pointer is Nova Centauri 2013. The Nova had dimmed substantially when I checked visually just before Christmas, so I was surprised to see it so bright.

Turns out that the Nova had a third outburst, and it looks like it might have another one from the way the light curve is going. Certainly worth keeping an eye on over the coming week.