A Bit of a Comet ISON Wrap-up.


Being off at a conference and away from my astronomy software I have not been able to blog ISONs going saga. After initially recovering from its beating as it passed perihelion, it has continued to fade as it passed from the LASCO C3 imager to the STEREO H1A imager. 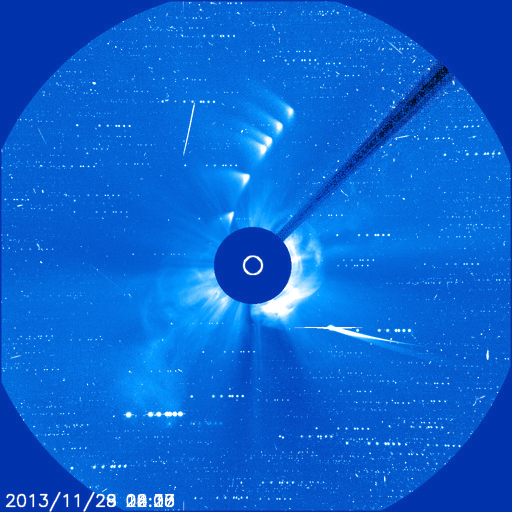 Comet ISON on the 28th before and after its encounter with the Sun.

While still visible in H1A up until the time it passed out of the H1A field of view, it is very much faded, and it is uncertain if the remnants will be visible in amateur instruments when it gets high enough in dark sky several days from now.

I've done a quick image and animation of the high resolution H1A images available now, this give a more realistic view than the medium resolution highly enhanced images that have been available until now.