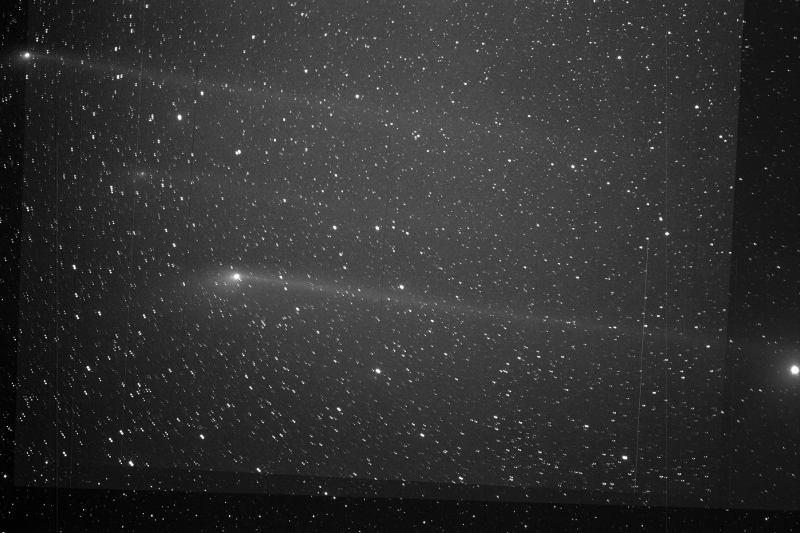 Montage of comet C/2011 L4 PanSTARRS from 2 June to 4 June 2013. Each individual image was a stack of 3-5 x 120 second frames taken in  iTelescope T14, rendered as a PNG after a median Z-project applied, the 3 individual images were then stacked and (badly) rotated in  ImageJ. click to embiggen.

Inspired by Rolando Ligustri's montage, I had a go at making one myself.  It didn't work quite so well, with the images of the 3rd having cloud interference (the middle image that is very difficult to see), and the 4th contaminated by the twilight. My attempts to rotate the image didn't work so well either.

But it's proof of principle, I'll have another go later.