The Astronomical Outlook for 2013 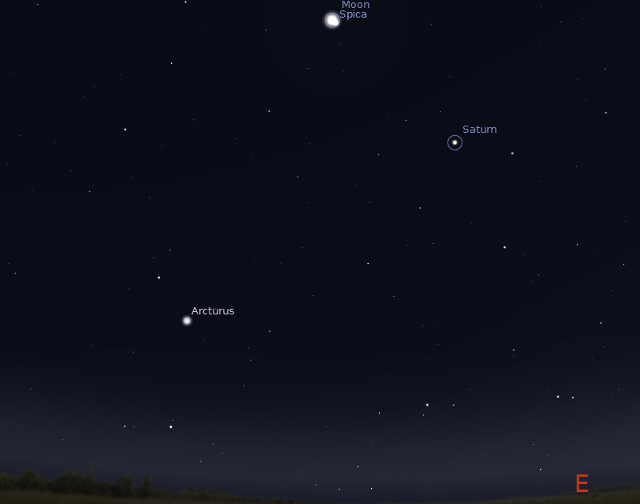 This time last year I was getting up at 3 am to see the surprise Christmas comet, 2011 W4 Lovejoy. While there isn't a bright comet in the skies at the moment, in the northern hemisphere there is a nice binocular comet 2012 K5, zipping through the constellation of Ursa Major. But we have some nice comets ahead of us.

From mid-February to mid-March comet C/2011 L4 PANSTARRS should be bright low in the evening twilight to the west. Unlike the spectacular comet 2006 P1 McNaught, the tail is most likely to be parallel to the horizon, but if all goes well it will be an amazing sight.

Comet 2012 S1 ISON is predicted to be very bright, but we Southern Hemisphere observers will only see the comet as it approaches the Sun in mid November. The comet may even get so bright that we can see it in daylight, but generally the comet is too close to the sun for us.

As well as these bright comets, in Australia we will also see an occultation of the bright star Spica on January 6,  an occultation of Jupiter on February 18, a nice partial Lunar Eclipse on April 26 and an annular eclipse of the Sun on May 10.

There is also a number of nice planetary massings, possibly the best being on the evenings of  26 and 29 May when Venus, Mercury and Jupiter are close together.

With solar maximum occurring this year, we may even see some nice aurora in Tasmania and Souther Australia.

2012 was a banner year, astronomy with the last transit of Venus in our lifetimes, a total solar eclipse, and lots of attractive massings of planets. However, 2013 looks like being a cracker too.

Comments:
Hi Ian
I sent another e-mail to you, hope you don't mind :-)