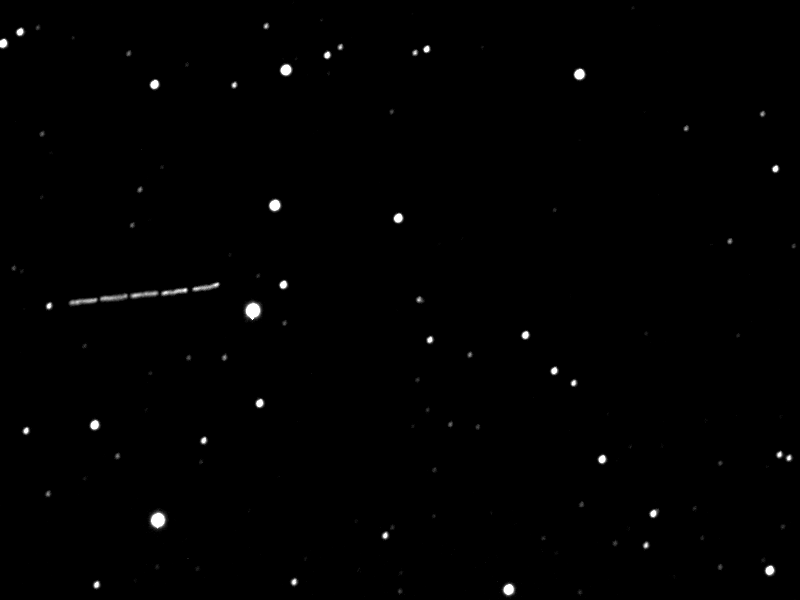 NEO 2007 PA8 as it came close to Earth on 5 November, this shows the view of the asteroid from Mayhill New Mexico when it transited at 4:02 am (click to embiggen).

NEO 2007 PA8 is a 2.4 Km long space rock that came within 16.8 Earth-Moon distances on November 5, 16:43 UT. Although it was a relatively bright object at magnitude 11.8, it was only 51 degrees from the waning Moon, and at it's highest it was only 27 degrees above the southern horizon as seen from Mayhill New Mexico, just above the lower limit of travel of those scopes.

The image is a stack of 5 x 120 second exposures using iTelescope T5 with no filter, aligned in ImageJ then stacked using the MAX Z-project function.  I erred far to far on the side of caution with my exposures, 60 or even 30 second exposures woul have worked well and given me a better track and animation.

There's been a whole bunch more NEO's discovered that zip past in the next day or so (more info tonight), so it will be a busy time for NEO imagers.

My animation is below.