The Full Moon is Saturday December 6. 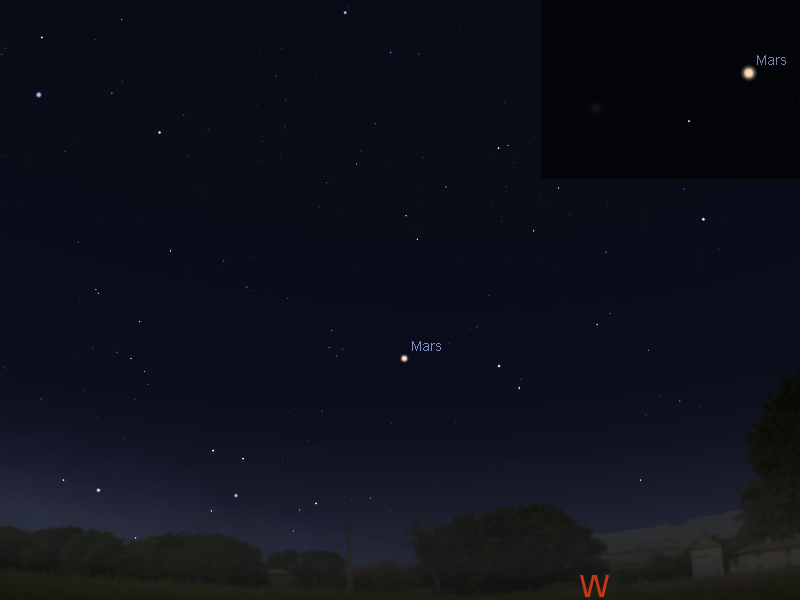 Evening sky on Thursday December 4 looking west as seen from Adelaide at 22:00 (10:00 pm) ACDST in South Australia.  Mars is close to the faint cluster M75(see inset). Similar views will be seen elsewhere at the equivalent local time (click to embiggen).

Venus is very difficult to see low on the western horizon in the twilight. At civil twilight, half an hour after sunset, it is a mere 3 finger-widths above the horizon. While Venus is bright it might be possible to see not long after sunset, but you will need a flat, clear horizon like the ocean to see it.

Mars is in the constellation of  Capricornius. On the 4th it will be in binocular range of the faint globular cluster M75. 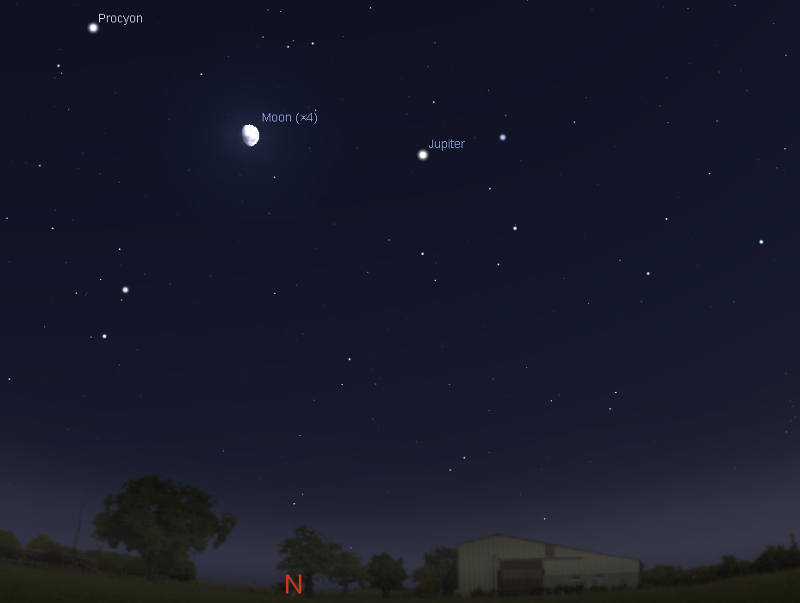 Morning sky on Thursday December 11 looking north as seen from Adelaide at 5:00 am ACDST.  Jupiter is above the north-east horizon and not far from the Moon. (click to embiggen).

It is now high enough for good telescopic observation before astronomical twilight. On Thursday December 11 Jupiter is near the waning Moon. 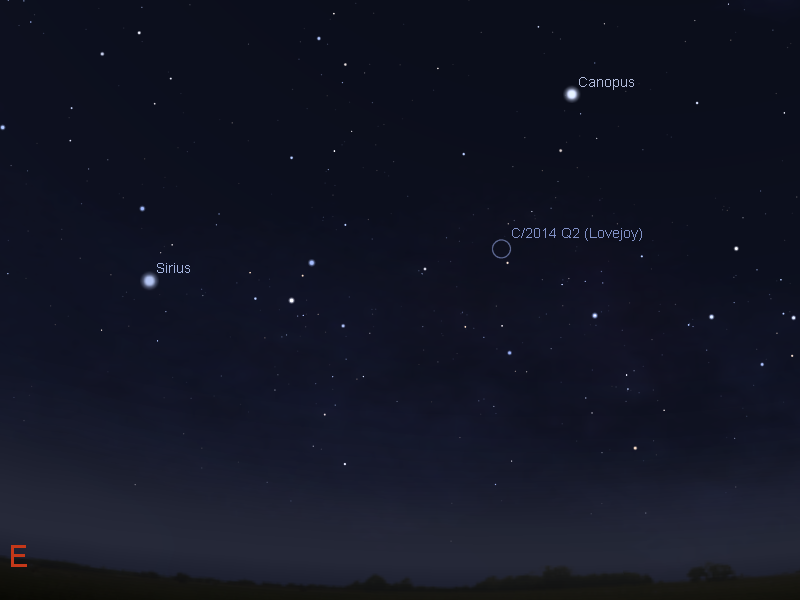 Evening sky on Saturday December 6 looking south-east  as seen from Adelaide at 22:00 (10:00 pm) ACDST in South Australia. Comet C/2014 Q2 Lovejoy is below Canopus.  Similar views will be seen elsewhere at the equivalent local time (click to embiggen).

C/2014 Q2 Lovejoy is brightening in the sky much faster than expected. The comet is passing below the star Canopus heading towards Orion, passing above Canis Major. It is brightest in January, but should be easily visible in binoculars in the second half of the month after the Moon leaves the evening sky. Binoculars or small telescopes should show it as a small fuzzy patch with maybe the hint of a tail. A B and W printable  spotters map is available here , the large circle is the approximate field of view of 10x50 binoculars.