The Sky This Week - Thursday November 27 to Thursday December 4

The Last Quarter Moon is Saturday November 29. The Moon is at perigee, when it is closest to the Earth, on November the 28th. 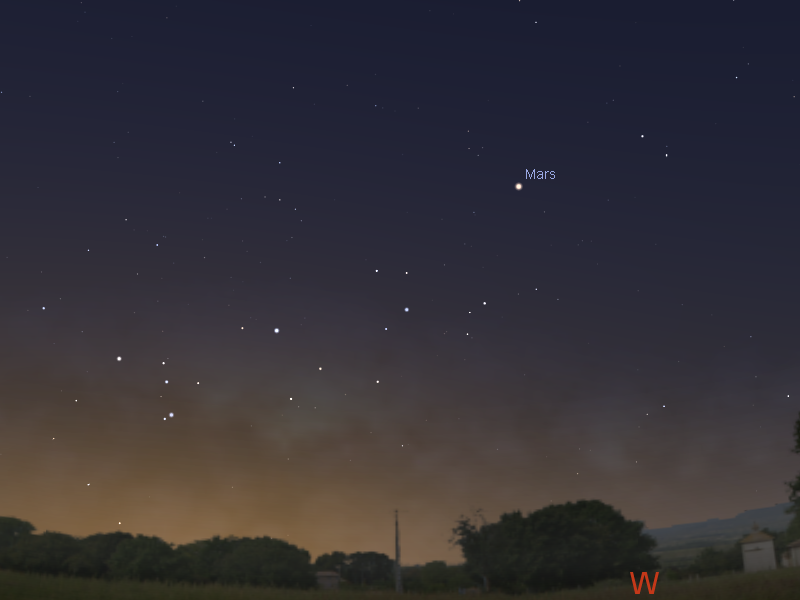 Evening sky on Saturday November 29 looking west as seen from Adelaide at 21:00 (9:00 pm) ACDST in South Australia.  The Moon is close to Jupiter. Similar views will be seen elsewhere at the equivalent local time (click to embiggen).

Venus is very difficult to see low on the western horizon in the twilight. At civil twilight, half an hour after sunset, it is a mere 3 finger-widths above the horizon. While Venus is bright it might be pssible to see not long after sunset, but you will need a flat, clear horizon like the ocean to see it. 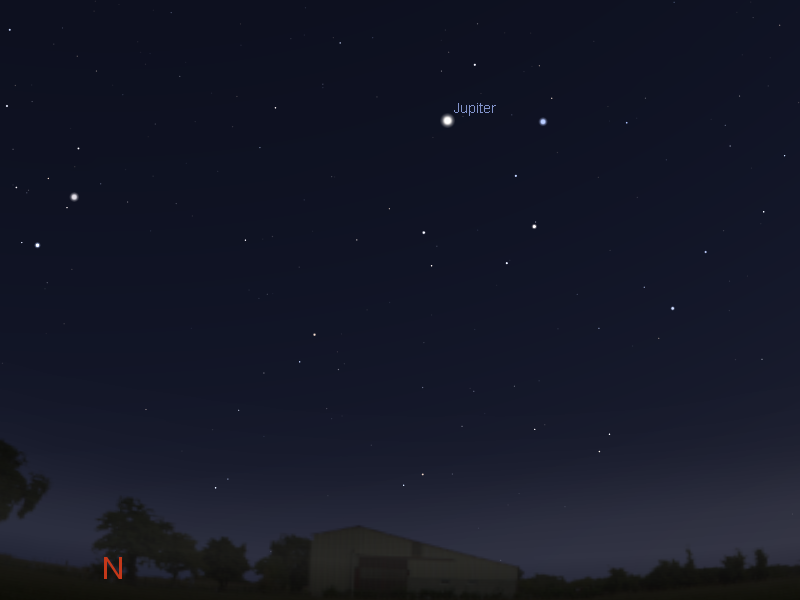 Morning sky on Sunday November 30 looking north as seen from Adelaide at 5:00 am ACDST.  Jupiter is above the north-east horizon. (click to embiggen).

Mercury  is ilost in the twilight.

It is now high enough for good telescopic observation before astronomical twilight. 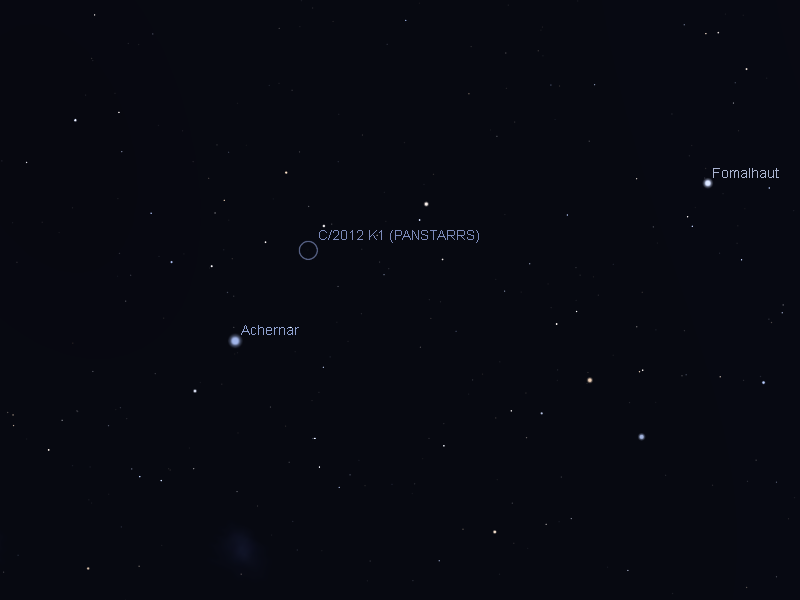 Comet C/2012 K1 PanSTARRS is visible in the evening sky from around 8 pm. With the Moon gone from the evening sky. It has now faded to where it is no longer visible in binoculars, but is still visible in even small amateur scopes under dark sky conditions.

Comments:
I was lucky enough to see a spectacular comet (?) at 1am Sunday 30 November in canberra looking west. The moon was setting and had a red glow to it. And then without warning a bright light appeared and trailed diagonally (N-S) towards the horizon. As it grew bigger it turned from a white/golden glow to a stunning bright green. It then faded out.

This piqued my curiosity and I would love to know more about what I saw!