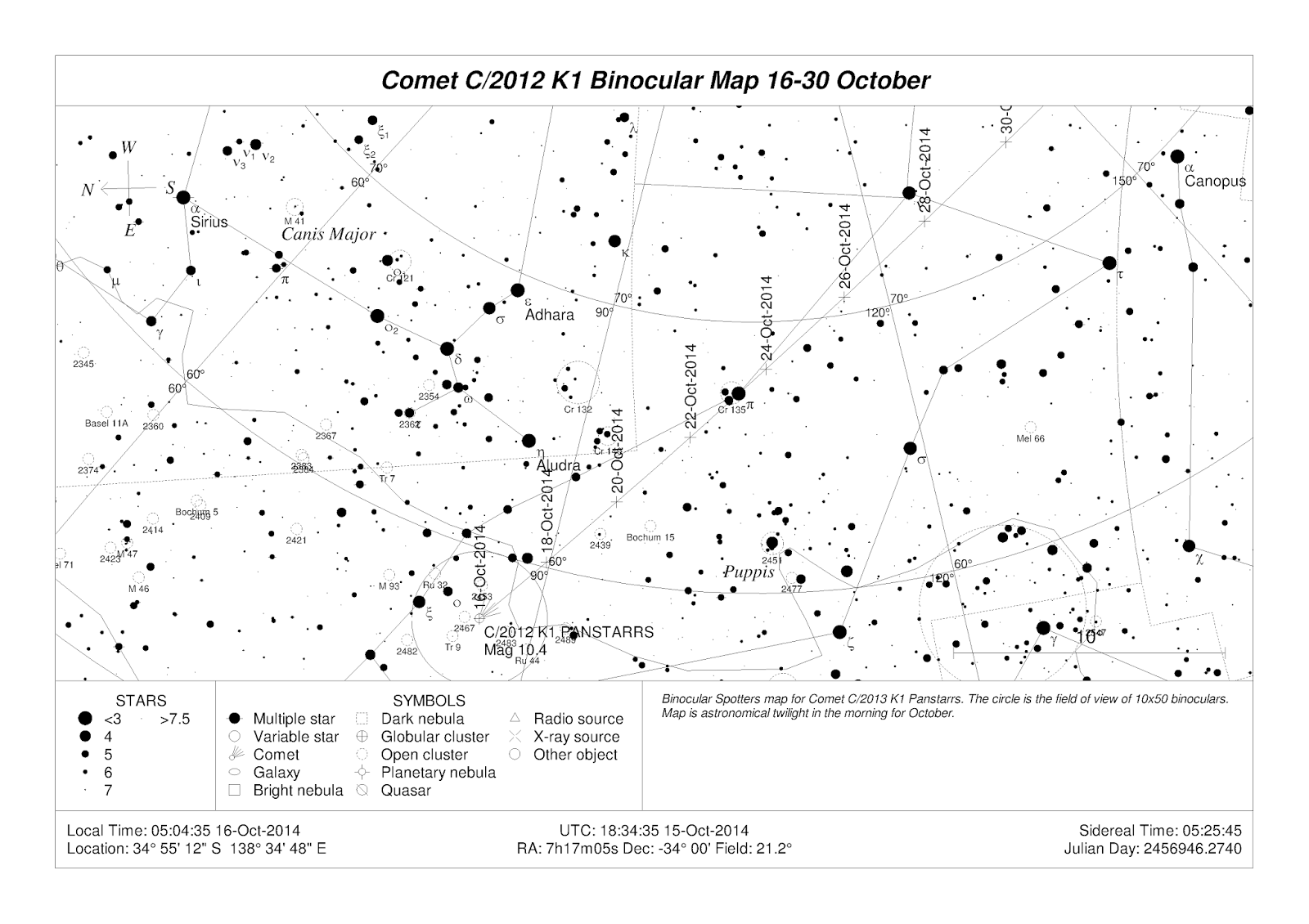 Binocular chart of Comet C/2012 K1 PanSTARRS during October. The large circle is the field of view of 10x50 binoculars. Click to embiggen and print.

Comet C/2012 K1 PanSTARRS is now high enough in the southern morning skies, and the Moon sufficiently past full, to see comet C/2012 K1. It is best observed close to astronomical twilight, as it will be highest in the sky then.

It currently is showing a great double tail. Currently magnitude 6.9, it looks as if it will get no brighter than this during the month. 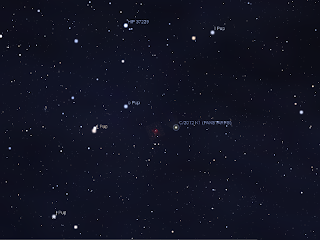 Binocular scale view  of the comet and NGC 2467 on the morning of the 16th.

The comet is passing through Puppis, coming close to a number of nice clusters which will make for great telescope and binocular viewing.

For most of the week it is not far from the tail of the constellation of Canis Major, the celestial dog in the eastern evening sky.  The bright star Sirius is a handy guide to finding the comet (see charts).

In binoculars the comet should be a small fuzzy ball with the hint of a tail. In small telescopes the tail should be more obvious

On the 23rd the comet is at the edge of  open cluster Cr 139. This will be a difficult observation as the open cluster is very bright (magnitude 2.1).