The First Quarter Moon is Monday June 17. Mars rises in the morning twilight. Venus and Mercury come closer together in the evening twilight. Saturn is high in the evening skies and is close to the Moon on the 19th. The Moon occults the bright star alpha Librae 2 on the 20th. 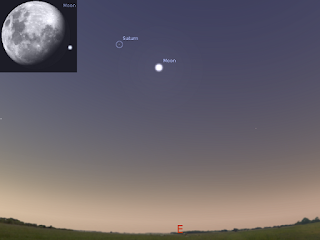 Venus and Mercury form a line in the evening sky this week. The pair come closer to each other as the


Venus also climbs higher in the evening twilight, chasing Mercury. While It is still relatively close to the horizon, and you need a resonably clear, level horizon to see it at its best, it is becoming much easier to see. 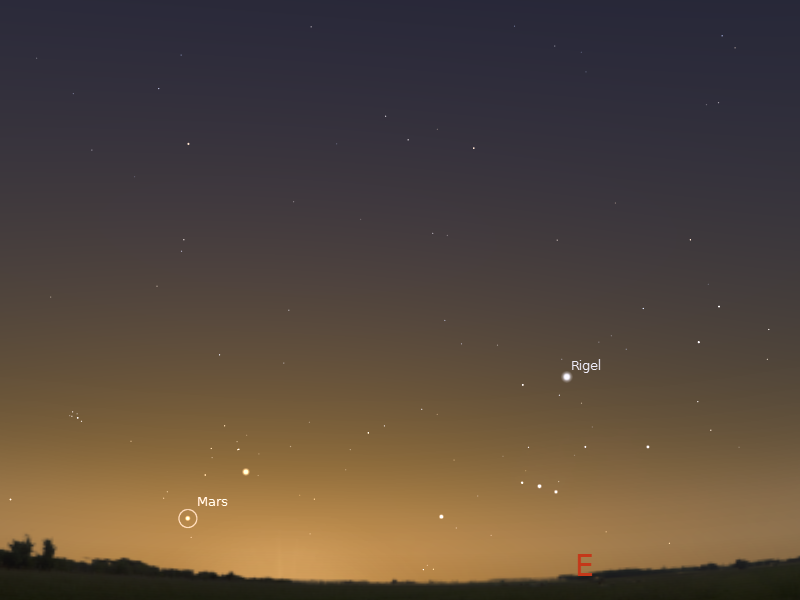 Morning sky on Sunday June 16 looking north-east as seen from Adelaide at 6:45 am local time in South Australia. Mars is below the red star Aldebaran in the twilight. Similar views will be seen elsewhere at the equivalent local time (click to embiggen).


Mars rises in the twilight, but will be hard to see unless you have a flat, clear horizon.