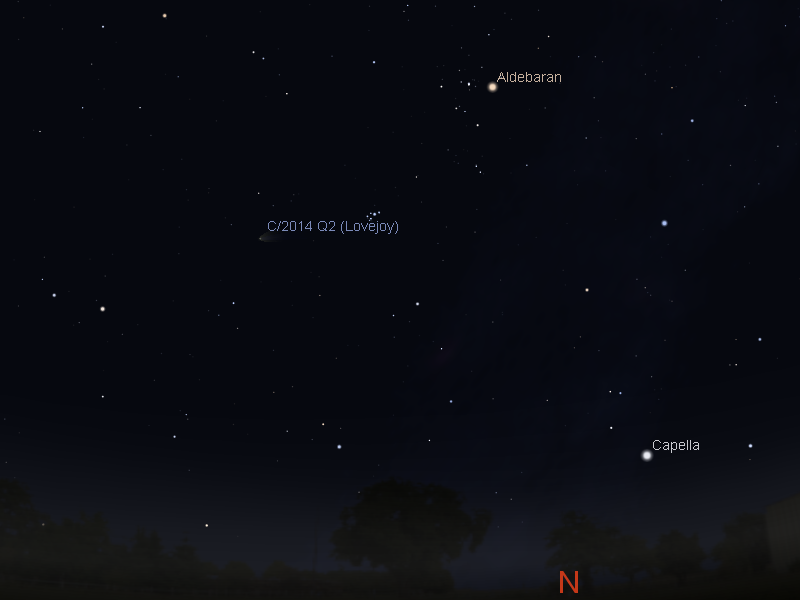 Comet C/2014 Q2 Lovejoy on the 19th of January as seen from Adelaide at Astronomical twilight (an hour and a half after sunset). It is not far from the Pleiades, and  people with serious astrophotography kit may capture the tail as it passes over the Pleiades (click to embiggen).

Over the past few days comet C/2014 Q2 Lovejoy has been edging closer to the beautiful star cluster the Pleiades. They were closest last night, on the 18th, but tonight they will still be close, a bit too far to get in one binocular field, but very nice both in the sky and binoculars. 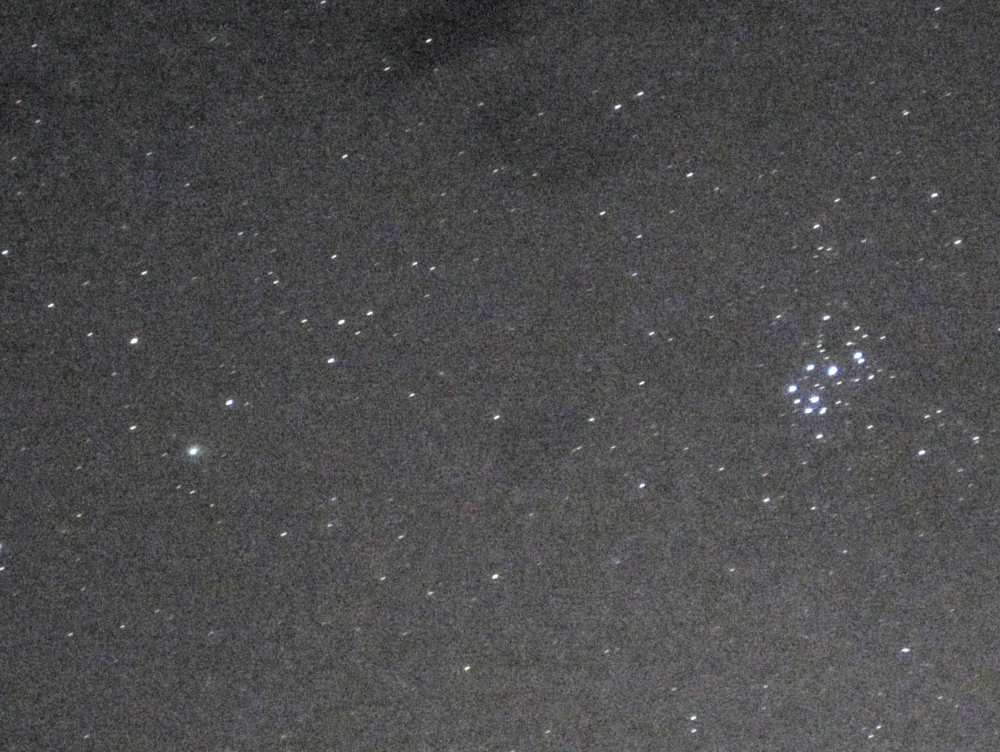 My slightly rubbish image of the comet and the Pleiades from last night. If you click and embiggen the image, you might just possibly see the hint of a tail. or not.

However, if you have some serious camera kit, you might just be able to get the comets tail crossing the Pleiades. Here's Chris Wyatt's image of the 17th. With a good DSLR you should be able to pick it up too. The tail has been an absolute delight in astrophotographs, barely visible to the eye in telescopes though.

So, go out tonight and have a look. People in Southern Australia have a fairly narrow window before the comet is too low to the horizon (from about 10:00 pm to 11:30 pm), but northern Australians have a better view.