The Sky This Week - Thursday October 30 to Thursday November 6

The First Quarter Moon is Friday October 31. This is a "blue" First Quarter Moon. Saturn is low in the twilight. Mars is in the star clouds of Sagittarius and is close to the globular clusters M28 on November 3 and M22 on the 6th.  Jupiter is prominent in the morning sky. Comet C/212 K1 PanSTARRS is visible in binoculars before midnight. 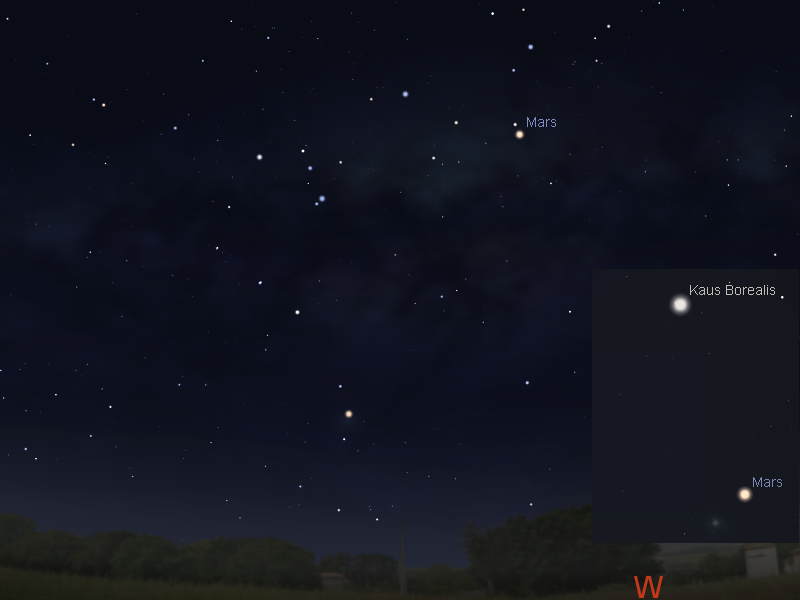 Evening sky on Monday November 3 looking west as seen from Adelaide at 20:45 (8:45 pm) ACDST in South Australia. Saturn is under the head of  Scorpius. The crescent Moon is close to Mars. The inset shows the approximate binocular view of Mars and M28 at this time. Similar views will be seen elsewhere at the equivalent local time (click to embiggen).

Mars is in the constellation of  Sagittarius and is close to the globular clusters M28 on November 3 and M22 on the 6th. This will look rather nice in binoculars.

Saturn is low in the early western evening sky, getting deeper in  the twilight. This will be the last week to view the ringed planet in the evening this year. 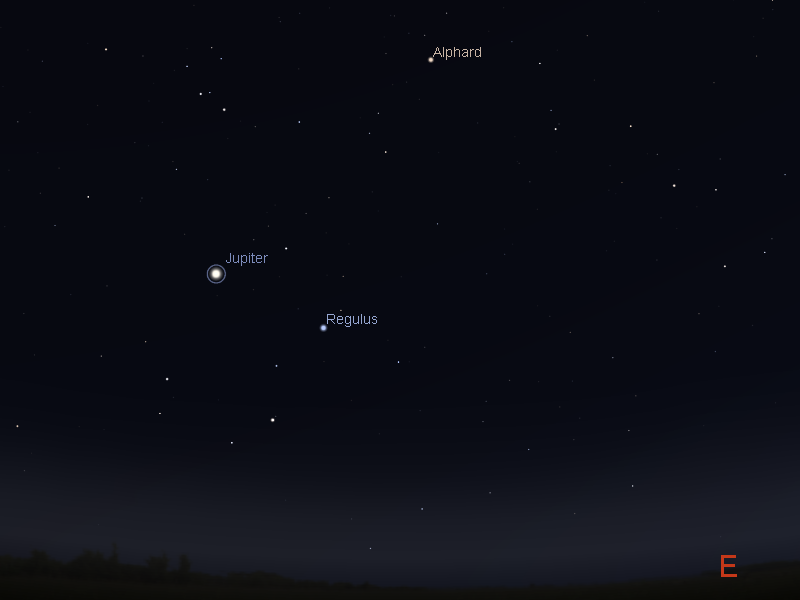 Morning sky on Sunday November 2 looking north-east as seen from Adelaide at 5:00 am ACDST.  Jupiter is above the north-east horizon. (click to embiggen).

Mercury  returns to the morning sky, but is too low for easy visibility. 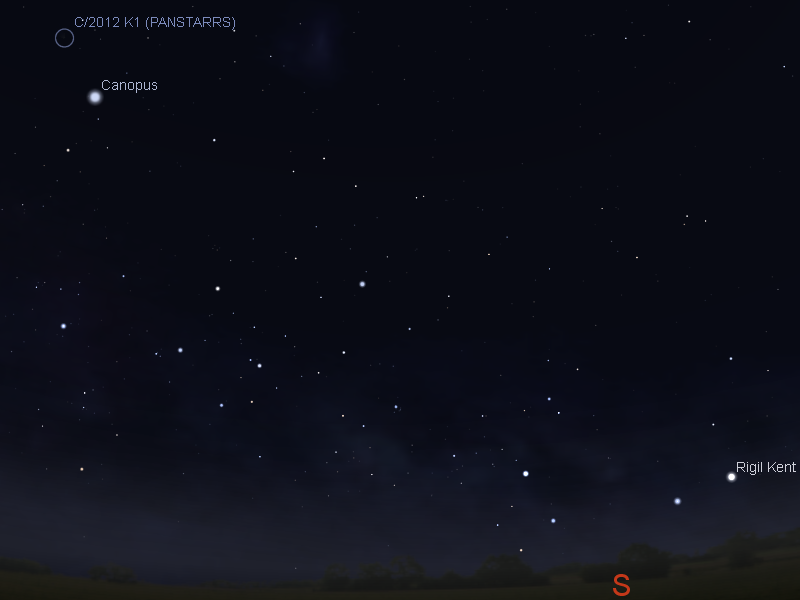 Evening sky on Saturday November 1 looking south  as seen from Adelaide at 23:30 (11:30 pm) ACDST in South Australia. Comet C/2012 K1 PanSTARRS is just above Canopus.  Similar views will be seen elsewhere at the equivalent local time (click to embiggen).

Comet C/2012 K1 Panstarrs is now visible in the evening sky from around 11 pm. It  should be easily visible in 10x50 binoculars as a fuzzy dot. At magnitude 7 you will need to let your eyes adapt to darkness to see the comet clearly. It doesn't have any spectacular encounters, but will look nice amongst the stars. On the 2nd it is very close to the star beta Pictoris. As the week goes on the brightening Moon will make it more difficult to see.