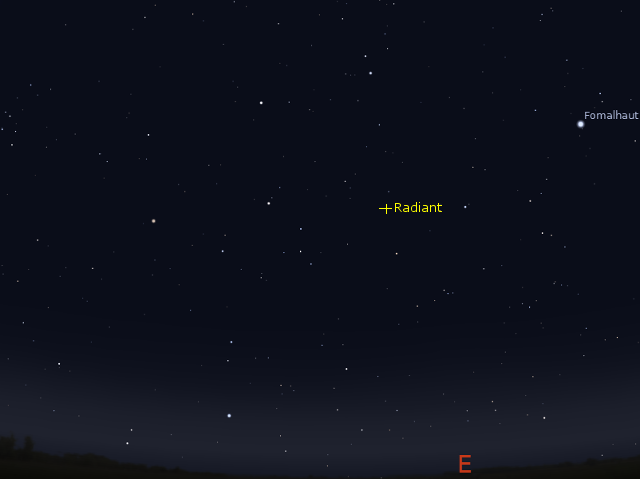 The Southern Delta-Aquarids meteor shower runs from from 12 July to 23rd August, peaking on Wednesday July the 30th. The number of meteors you will see depends on how high the radiant is above the horizon, and how dark your sky is. This shower is fairly faint, with the highest rate of around a meteor every 4 minutes (more detail below). 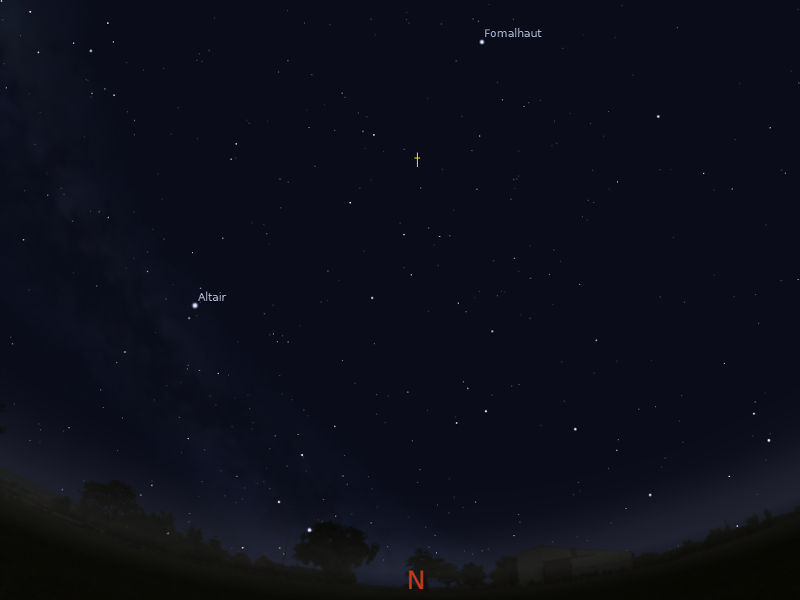 Evening sky looking east from Adelaide at 2 pm local time on July 30th in South Australia. The cross marks the radiant. Similar views will be seen elsewhere at the equivalent local time (click to embiggen).

At 10 pm, face east, and look 4 hand spans and two finger widths above the horizon. One finger width right is the 4th magnitude star delta Aquarii. The radiant is just above this star. This meteor shower should be visible from 10.00 pm until dawn. The best rates will be at 2 am in the morning of the 30th. The radiant will be due north then, and close to the Zenith. The ZHR  for Southern Delta Aquariids is 16 meteors per hour.

People in the suburbs should see a meteor around once every 8 minutes, and in the country about once every 4 minutes at 2 am in the morning of the 30th. 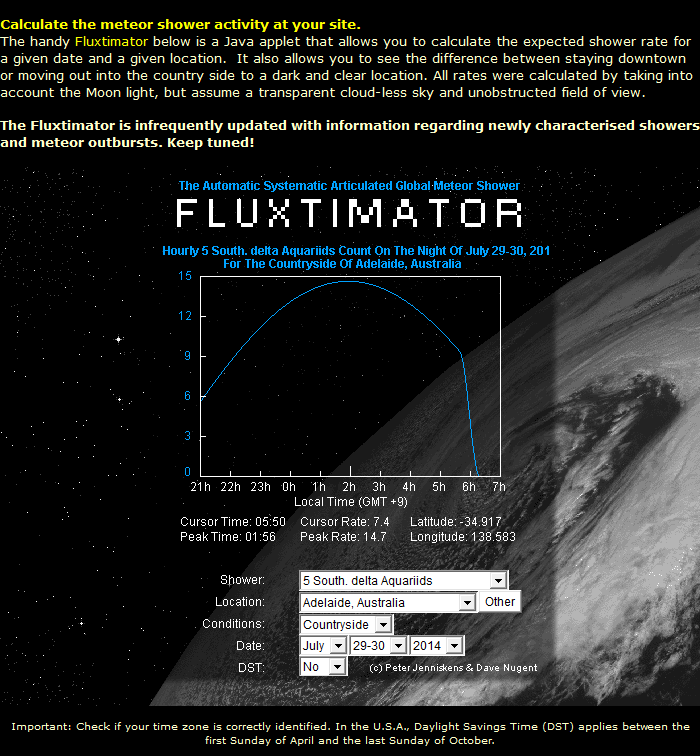 The sky will also be particularly beautiful, with the Milky Way stretching over the sky and constellation of Scorpius gracing the western sky.

Use the NASA  meteor shower flux estimator for an estimate of what the shower will be like from your location. You need to choose 5 Southern Delta Aquariids and remember to set the date to 29-30 July or 30-31 July 2014.

Comments:
Hello! Congrats for your blog!!!

Maybe you already know it, but now Stellarium 0.13 has a plugin that shows the radiant markers and also do a meteor showers simulation...

G'Day Didn't know about the meteor shower markers! I must upgrade ASAP. Maybe do a new review. Thanks for the info!