The New Moon is Thursday May 29. 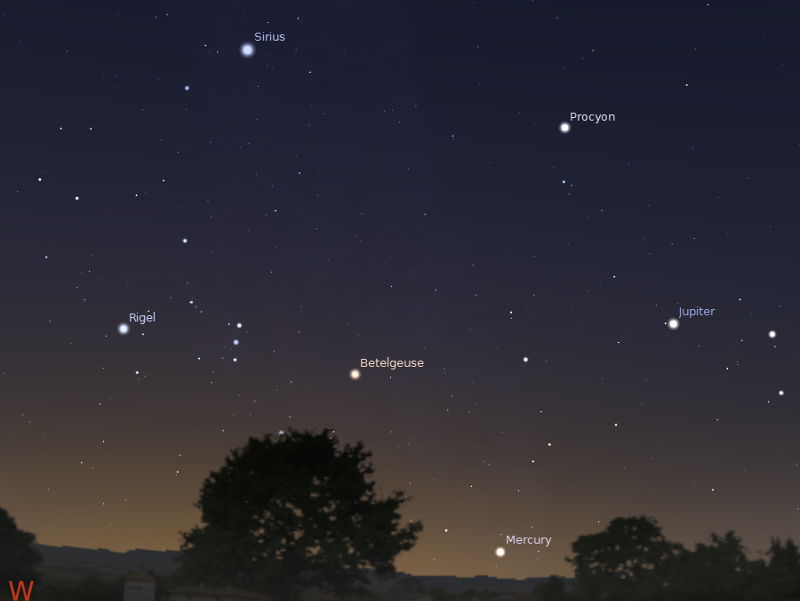 Evening sky on Sunday May 25 looking north-west as seen from Adelaide at 18:00 pm ACST in South Australia. Jupiter is above the north-western horizon, Mercury is just above the horizon. Similar views will be seen elsewhere at the equivalent local time (click to embiggen).

Mercury is low in the evening sky in the western twilight.  Mercury is at its greatest distance from the Sun on the 25th, but you will still need a clear level horizon to see it properly.


Jupiter is low to the horizon when twilight ends. Jupiter sets around 20:30, telescopic observation is not really worthwhile now.

Jupiter is very close to the moderately bright star Wasat on the 23rd.

Mars  is easily seen in the northern evening sky. It is highest in the sky around 20:40. Mars was at opposition, when it is biggest and brightest, on the 9th of April, and is still  readily distinguishable as the bright red/orange object above the northern evening horizon. Mars is in the constellation of Virgo near the brightish star Porrima, not far from the bright star Spica. Mars is well worthwhile looking at in a telescope now, although you will need a decent one to see any detail. 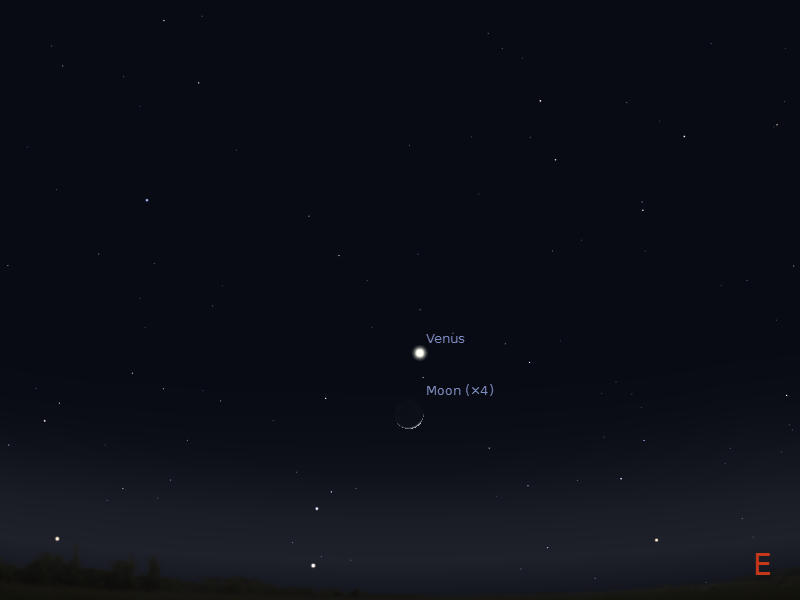 Morning sky on Monday May 26 looking east as seen from Adelaide at 5:30 am ACST showing the crescent Moon close to Venus.   Similar views will be seen throughout Australia at equivalent local times. (click to embiggen).

Venus was at its furthest distance from the Sun on the 23rd of March, and now will begin to slowly sink towards the horizon. Venus is a clear  gibbous Moon shape in a telescope and is visited by the crescent Moon on the 26th. 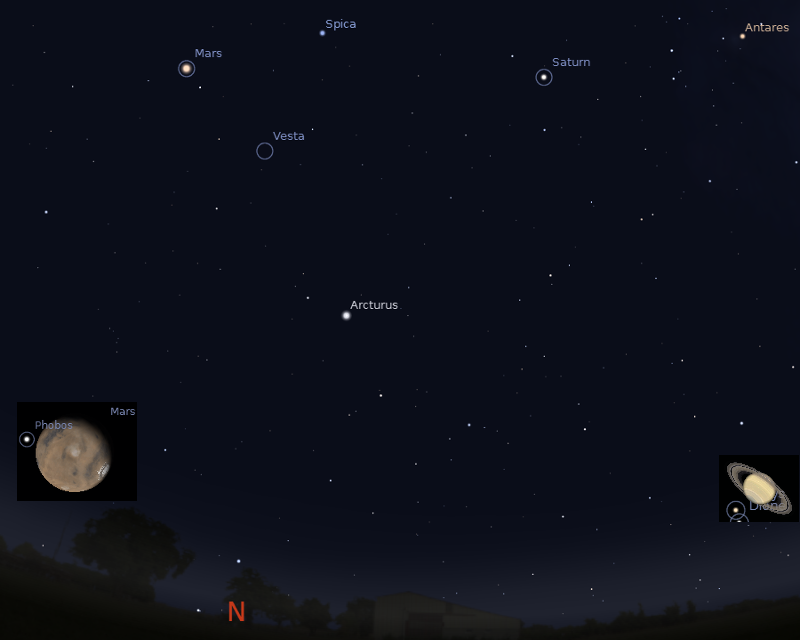 Evening sky on Saturday May 24 looking north as seen from Adelaide at 22:00 pm ACST in South Australia. The inset shows the telescopic views of Saturn and Mars at this time.

The asteroids Vesta and Ceres are just below Mars, however, now only Vesta remains visible in binoculars. Similar views will be seen elsewhere at the equivalent local time (click to embiggen).

The bright asteroid 4 Vesta is visible in binoculars in the evening sky. While Vesta is easily seen in binoculars, you will need to watch the same patch of sky in binoculars for a couple of nights to identify it by its movement. Ceres is is now too dim to see with binoculars. See here for a printable black and white map suitable for seeing seeing Vesta and Ceres.