The New Moon is Monday July 8. Earth is at aphelion, when it is furthest from the Sun, on July 5th. 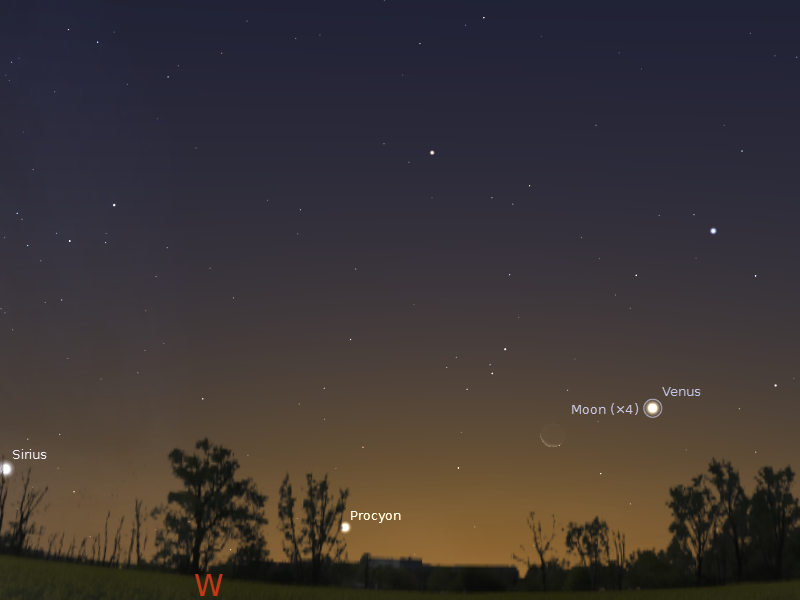 Evening sky looking west as seen from Adelaide at 18:00 pm local time on Wednesday July 10. Venus is close to the crescent Moon. Similar views will be seen elsewhere at the equivalent local times.  Click to embiggen.

Mercury  is now lost to sight in the twilight, and is at inferior conjunction on the 10th. It will return to the morning skies later this month.

On the 3rd and 4th Venus is close to the Beehive cluster, but there is only a short time in the twilight when it is dark enough to see the cluster in binoculars, and when the cluster is too close to the horizon to see through the murk.


On the 10th the Moon is below Venus, and on the 11th it is above it, making a fine evening sight.

Saturn is easily visible above the northern horizon in the early evening in the constellation of Virgo. By 10 pm local time it is high above the northern-western horizon and very easy to see.This is an excellent time to view this planet in a small telescope, as there will be the little interference from horizon murk and air turbulence (and you can show the kids before they go to bed). At the start of the week Saturn is less than half a finger-width from the dim star Kappa Virginis, but leaves it behind as the week progresses. 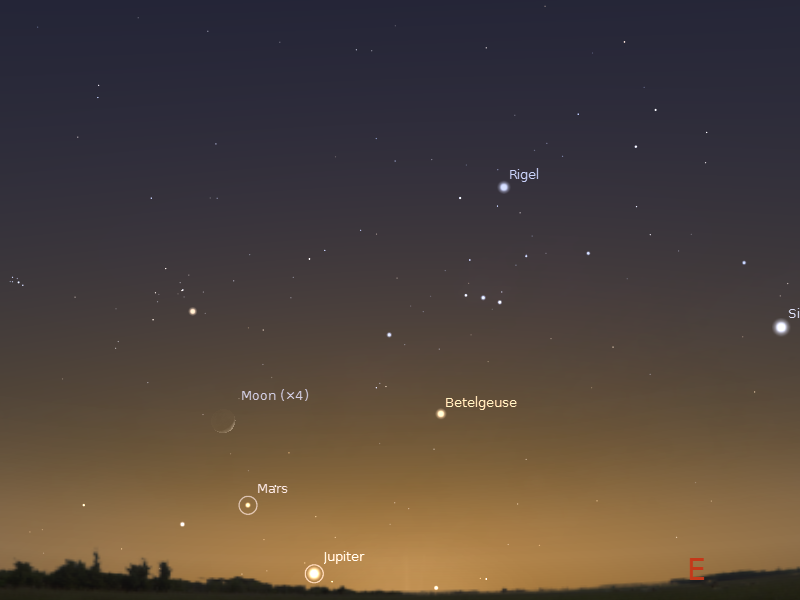 Morning sky on Saturday July 6 looking north-east as seen from Adelaide at 6:45 am local time in South Australia. Mars is below the red star Aldebaran in the twilight, the Moon is not far above it and Jupiter is peeking over the horizon. Similar views will be seen elsewhere at the equivalent local time (click to embiggen).

Mars rises in the morning twilight, but will still be best if  you have a flat, clear horizon. It forms a triangle with two red giant stars, Aldebaran and Betelgeuse.

On the 6th the crescent Moon is above Mars.


Jupiter is now just  peeking above the north-eastern horizon, you really need a flat, unobstructed eastern horizon to see it. On the 7th the crescent Moon is between Mars and Jupiter.

Images from Saturday Nights Aurora Australis (29 J...
Carnival of Space #308 is here!
Southern Skywatch July, 2013 edition is now out!
Three Exoplanets in a Habitable Zone? The Gliese 6...
Aurora Happening NOW!!! (Saturday 29 June)
Carnival of Space #307 is Here!
The Sky This Week - Thursday June 27 to Thursday J...
Post Perigee Moon (Super Moon), 24 June, 2013
Talking about the ISS to the Australian Air League
No "Super Moon" for Me