The New Moon is Friday October 24. Saturn is low in the evening sky. The crescent Moon is near Saturn on the 25th. Mars is in the star clouds of Sagittarius and is close to the Lagoon Nebula on the 27th and 28th. The crescent Moon is also near Mars on the 28th. Jupiter is prominent in the morning sky. Comet C/212 K1 PanSTARRS is visible in binoculars.

The New Moon is Friday October 24. 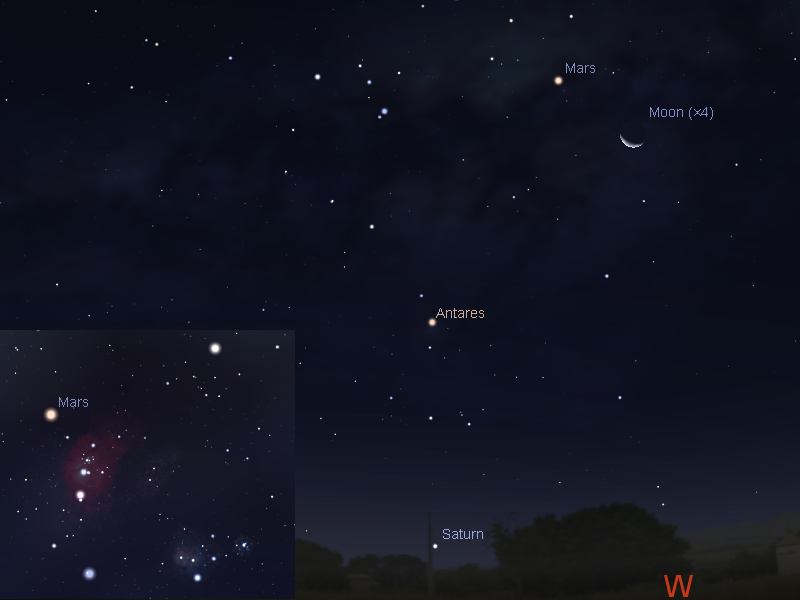 Evening sky on Tuesday October 28 looking west as seen from Adelaide at 20:45 (8:45 pm) ACDST in South Australia. Saturn is under the head of  Scorpius. The crescent Moon is close to Mars. The inset shows the approximate binocular view of Mars and the Lagoon Nebula at this time. Similar views will be seen elsewhere at the equivalent local time (click to embiggen).

Mars is in the constellation of  Sagittarius and is close to the Lagoon Nebula on the 27th and 28th. This will look rather nice in binoculars. The crescent Moon is also near Mars on the 28th amking for a rather attractive sky to explore with binoculars.

Saturn is low in the early western evening sky, and was at opposition on June 11th. Saturn is visible  in the early evening, setting a bit over two hours after sunset. Saturn is edging closer to the twilight..

Saturn is near the crescent Moon on the 25th. 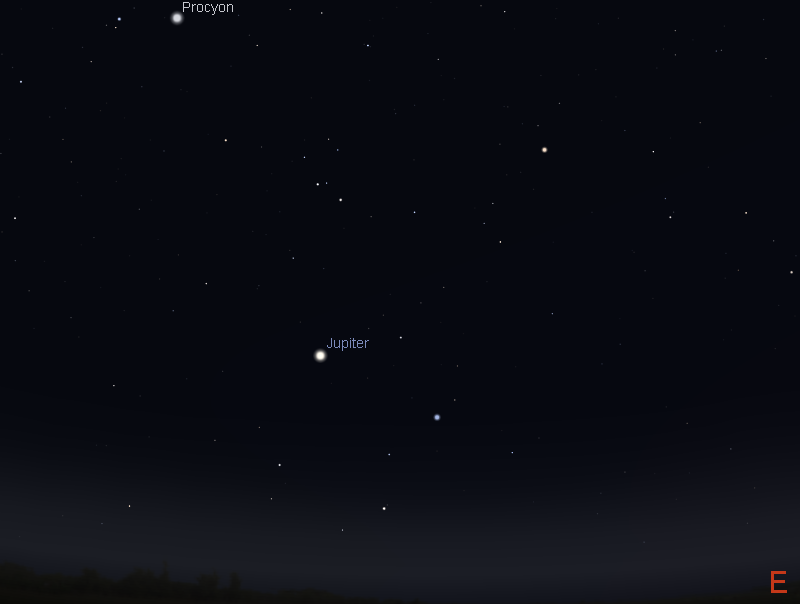 Morning sky on Saturday October 26 looking north-east as seen from Adelaide at 5:00 am ACDST.  Jupiter is above the north-east horizon. (click to embiggen).

Jupiter  rises higher in the morning twilight, and now is easy to see above the horizon before twilight. Jupiter is now easy to see as the brightest object above the north-eastern horizon. 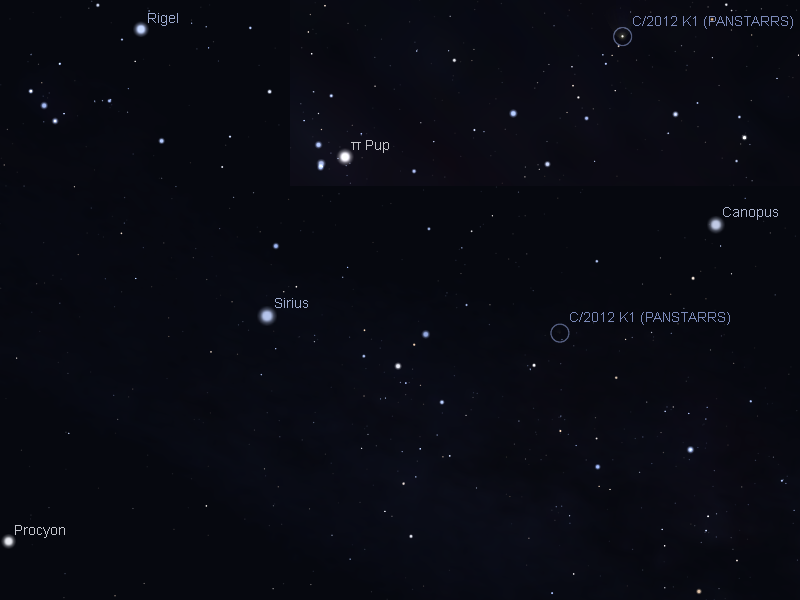 Evening sky on Saturday October 26 looking up towards the zenith  as seen from Adelaide at 5:00 (5:00 am) ACDST in South Australia. Comet C/2012 K1 PanSTARRS is between the tail of Canis Major and Canopus. The inset shows the comet as seen in binoculars. Similar views will be seen elsewhere at the equivalent local time (click to embiggen).

Comet C/2012 K1 Panstarrs is rising higher in the morning sky. It  should be easily visible in 10x50 binoculars as a fuzzy dot with a stubby tail. At magnitude 7 you will need to let your eyes adapt to darkness to see the comet clearly. It doesn't have any spectacular encounters, but will look nice amongst the stars.