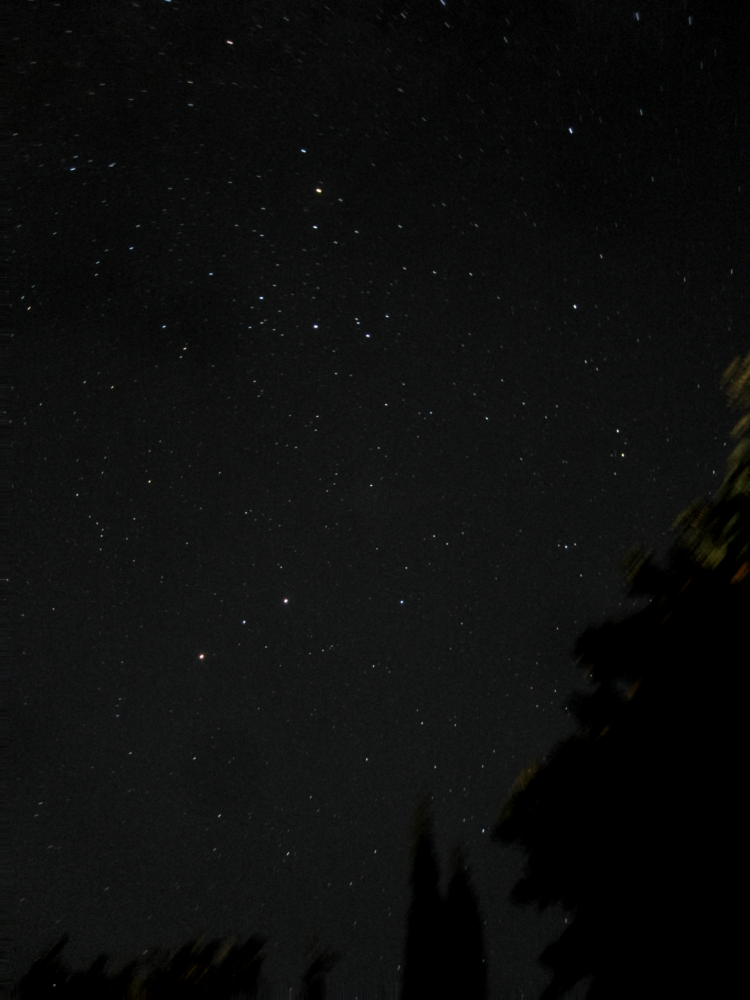 Mars, Zubenelgenubi and Saturn almost from a line below the head of the Scorpion on Sunday 17 August (three brightest objects mid left, click to embiggen)t. 10 x 15 second exposures at ASA 400 with a "point and shoot" Canon IXUS, stacked in ImageJ, SUMMED an light contrast editing applied.

While the conjunction of Venus and Jupiter was quite good, Mars and Saturn have been slowly approaching each other. They will be closest on the 25th but not as close as Jupiter and Venus were this morning).

Mars, Zubenelgenubi and Saturn actually form a straight line tonight, but cloud got in the way.