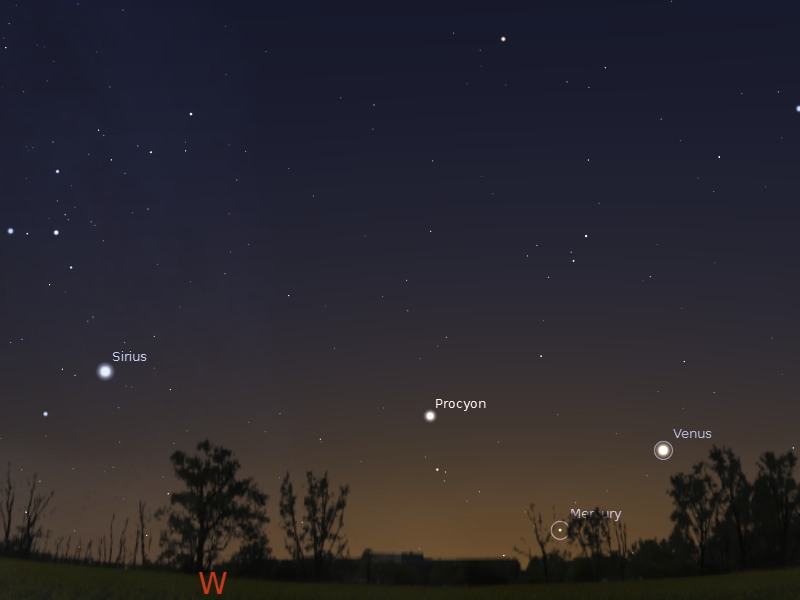 Evening sky looking west as seen from Adelaide at 18:00 pm local time on Saturday June 29. Venus and Mercury have drawn apart. Similar views will be seen elsewhere at the equivalent local times.  Click to embiggen.

Venus and Mercury draw apart during the week.

Jupiter is lost in the twilight, although technically it enters the morning twilight at the end if this week, it will be hard t see until next week..

Mercury  is visible below Venus and continues to lower towards the horizon.


Venus  climbs higher in the evening twilight. It can be seen 20 minutes after sunset and is now reasonably easy to see up to an hour and a half after sunset.

Saturn is easily visible above the north-eastern horizon in the early evening in the constellation of Libra. By 10 pm local time it is high above the northern-western horizon and very easy to see.This is an excellent time to view this planet in a small telescope, as there will be the little interference from horizon murk and air turbulence (and you can show the kids before they go to bed). At the start of the week Saturn is half a finger-width from the dim star Kappa Virginis, and is closest on July 1. 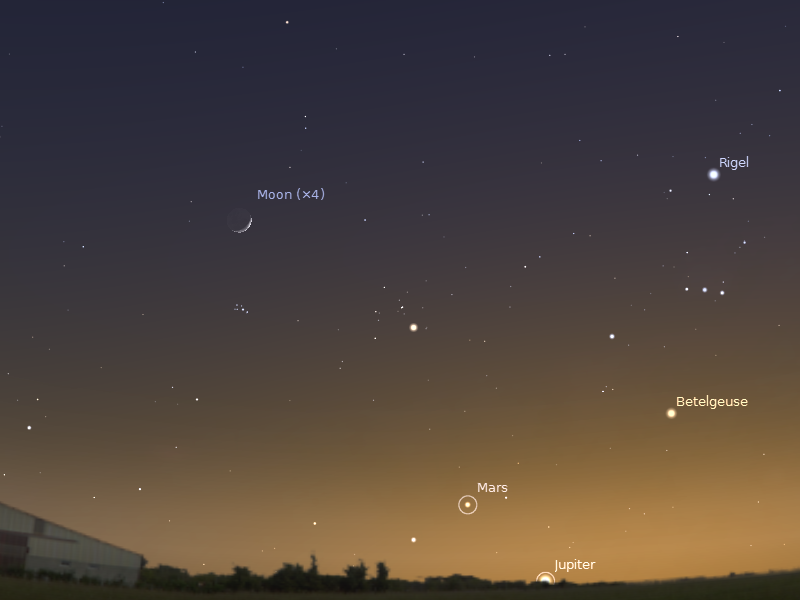 Morning sky on Thursday July 4 looking north-east as seen from Adelaide at 6:45 am local time in South Australia. Mars is below the red star Aldebaran in the twilight. Similar views will be seen elsewhere at the equivalent local time (click to embiggen).