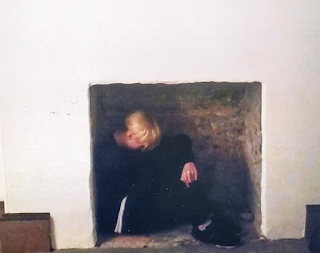 I wasn't going to write again, not trace out the awful arithmetic of counting up the years since Jacks death. But humans like anniversaries of 5 and it's multiples, weddings , birthdays, anything. And so much has happened.

Jacks death taught us that life can turn in a moment, that all you thought secure can be shattered in a terrible instant, that lesson was bought home again in the worst possible way.

Mikey's best friend, Delsin, died in our sleep-out almost two months ago. Jack died in Melbourne, in his beloved Medley College, so we were spared the terrible immediacy of the Ambulance personnel and the Police (who must attend any unexplained death of a young person) that was forced on Delsin's parents.

Everyone's grief is their own, and our own experience was not that of Delin's parents, Jack was faraway, forging his new life, his presence phone calls and email and all too fleeting visits. Held dear but remaking himself on his own terms away from us.

Delsin was still very large part of his family, an impactful, indisputable presence filling the space around him. His passing was immediate, intrusive, no space to step back and remove your self, if just for a fleeting moment, from that terrible reality.

The sleep-out was a safe space for the boys, where they could play and express themselves. When Jack died his friends came and sat in the sleep-out, silently communing with his memory in their shared space.  Delsin also sought solace there, a place where he could have a breather from the world and its storms, reveling in card games and video games with Mikey and his other friends.

Mikey and Delsin's other friends have started playing card games in the sleep-out again, honoring his joy in that space, remaking it.

We still don't know why Delsin died, maybe we never will, just like we still don't know what stilled Jacks heart on the fateful morning 5 years ago. We do know that after years of tests and genetic investigations, that Mikey and Unknown Entity have not inherited any of the common genetic defects associated with Sudden Death Syndrome and that particular sword of Damocles is not dangling over their heads.

We have learned to live without the closure of a diagnosis, but hope that Delsin's family can find closure and comfort in the near future.

Delsin's dad worries that he will forget his son. I worry too, that I will forget Jack even though his picture is on walls at home and work. Am I remembering Jack or just the after image held in place by those mute photos?

Five years on and I no longer think of him every day,  but memories flash upon me unbidden, sudden and vivid and emotion holds me in place. No I won't forget our marvelous boy and I'm sure the Delsin's family will not forget him. 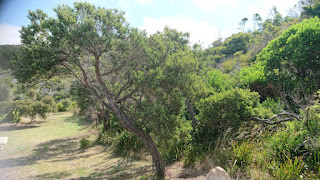 Delsin's family are planning trips to scatter his ashes in his special places around the world. Magnificent spaces that hold his memory of moving through them, and will bring his memory flooding back to his family.

Jacks heart was in Melbourne, that marvelous city, genteel and rambunctious at the same time.

Jack is buried under a Moona tree near his beloved grandparents place, with the sound of the waves and bird song for company. We visit him as often as we can, COVID lock-downs not withstanding and listen to the magpies song.  The Persimmon tree planted in honour of one of his stories has grown and now regularly bears fruit.

Jack would have been so proud of his brothers. Mikey has completed his sonic arts degree, he is still creating music while trying to find a way to use his creative talents in ways that will earn him a living. Unknown Entity (formerly SmallestOne, but now that he is taller than all of us that no longer fits) has graduated High School, a far cry from the young boy who used to hide under tables at school. He still rides his bike, that landmark achievement that meant so much, he and I go on bike adventures at intervals.

Unknown Entity has followed in Jacks footsteps, taking up Jack's passion, fencing. Unknown Entity has taken to Sabre, rather than foil, but he wears Jacks' fencing glove, a visible connection to his older brother.

The 5th anniversary of Jacks passing was yesterday, but we were hosting some boys from Unknown Entities social skills group, having a party for his 18th birthday. These young men are on the Autism spectrum like Unknown Entity, navigating their way from School to the wider world. So I spent time with Unknown Entity and his friends, thinking of his road ahead and washing so, so many dishes that I didn't have time to finish this essay. I'm sure Jack would understand.

You can find Jacks writing here where he made Satan a warbling magpie, rhapsodised over Paralympic fencing, took weightlifting to absurd heights, explored pie floaters, weirdly rhapsodized the Olympics, did cult interviews and made a persimmon tree a dark harbinger of fate.There is also the Jack Francis Musgrave Award for Creative Absurdity.

Comments:
Beautifully written Ian, thank you. Jack is not forgotten.

Hi Ian, I first discovered your post when I read about the one year anniversary of Jack. It had a profound effect on me, not least because I had boys aged 4 and 6 at the time. Fast forward 4 years and we've added a baby girl this year...a surprise baby! You told me back then to hug my boys often and for no reason. I make sure I do, and take every day as a gift. Thank you Ian, I hope you and your family are doing ok.